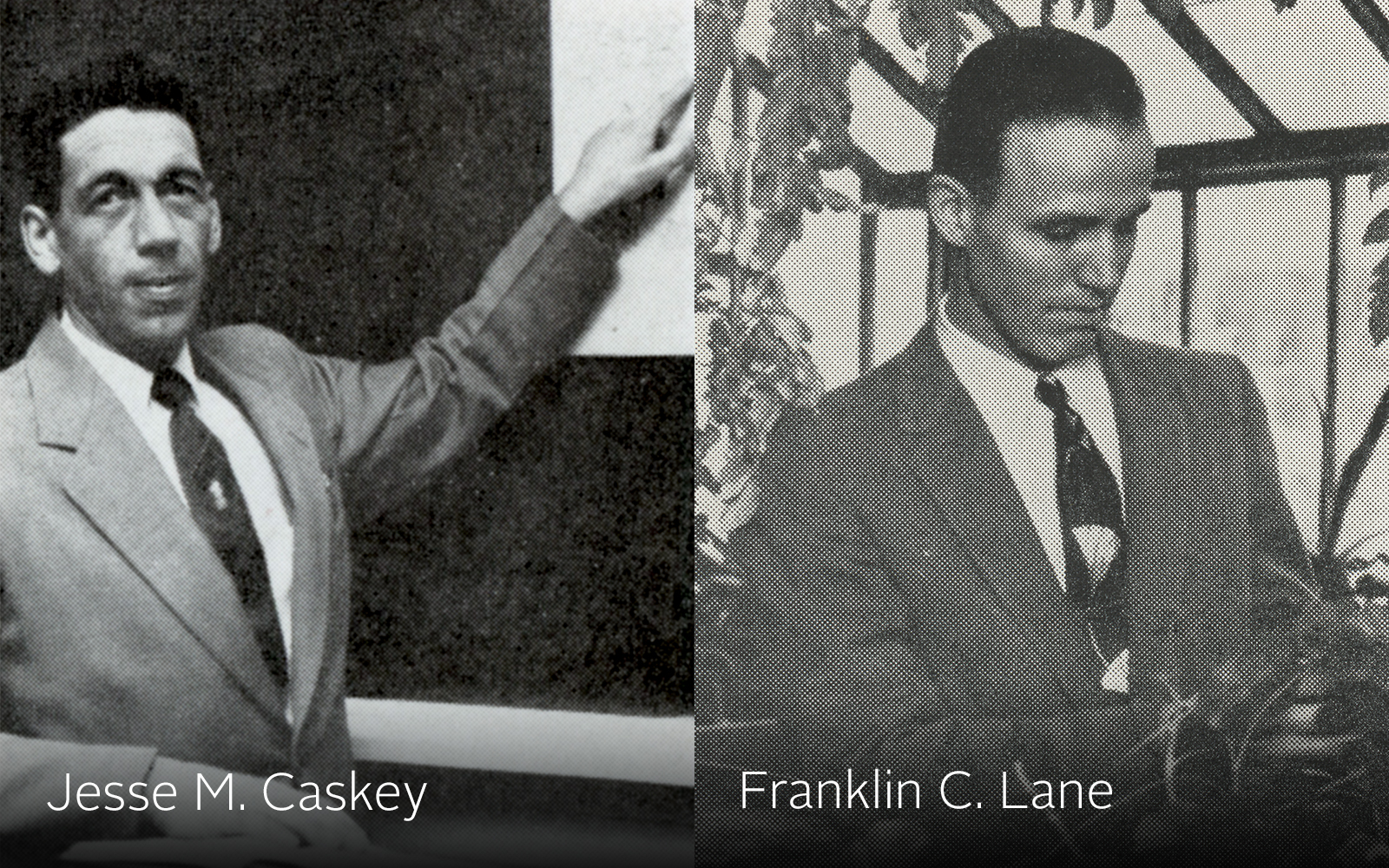 In 1955, fifteen years before the Apostle Islands became a national park, little was known about the ecology of the islands. Partial surveys had been done in the 1820s and in the early 1900s but nothing comprehensive.

Two Northland biology professors set out to change that. With retired Professor Bob Newton as their advisor, Jesse M. Caskey and Franklin C. Lane applied for and received an $8,500 grant from the Louis W. and Maud Hill Family Foundation (now called the Northwest Area Foundation) to survey the flora and fauna of the islands. And they wanted to do it with the help of students.

“By utilizing student help in some of the fieldwork, we hope that we will be doing a better job of preparing future teachers of science in secondary schools,” then-President Gus Turbeville wrote to the foundation.

Caskey and Lane set up their headquarters on Rocky Island at the Laurie Norse cabins, transporting microscopes and lab equipment to establish a field laboratory. Monday mornings, they would load students and supplies into the Northland College Beagle, a twenty-five horsepower boat—one student arrived by seaplane—and they would get to work.

The students were a mix of regional teachers and Northland graduates and students—Fred Harries ’55, Alan Larson ’57, and Paul Penn ’58 were named in a newspaper article. Seven attended the first summer; six the second. They would divide into two groups—Caskey’s group to collect zoological specimens; Lane’s group to gather botanical.

Meanwhile, the students completed coursework in plant ecology, invertebrate zoology, general zoology, plant taxonomy, and conducted special research in mycology and plant pathology. They created and added to their own insect collections; pursued their own research; and spent evenings on photography hikes, making dinner and doing dishes, and of course, talking science.

“There are some spirited discussions about the various findings of the day and looking them up in the many reference books on hand. In this informal atmosphere, faculty and students exchange more ideas, the latter getting not only theory but a practical knowledge of their subject,” a Minneapolis Star newspaper article reported.

Faculty and students collected specimens from all islands except for Eagle and they made significant collections from islands never collected before. They documented 257 species of flowering plants, gymnosperms, ferns, and related plants. The specimens were processed, pressed, and labeled and sent to the University of Minnesota, the University of Wisconsin, and the National Museum. More than three hundred are stored at Northland and used in biology classes.

“We are confident that their almost encyclopedic work in classifying the flora, in particular, will be a landmark in botanical research to the area,” Turbeville concluded in a final letter to the Louis W. and Maud Hill Family Foundation.

Caskey and Lane noted: “These students are now or plan to teach in the future. It is impossible to say how much improved their biology teaching will be as a result of having had this experience, but it is hoped that they will take advantage of their knowledge of nearby biological resources to improve the effectiveness of their teaching.”

While the three students we know of—Harries, Larson, and Penn—have passed away, Northland records show, as Caskey and Lane had hoped, they went onto have prominent careers in science and in teaching.

Caskey and Lane also correctly concluded in their 1957 report: “It is possible that this survey has initiated interest in the islands and we hope that interest will continue and that in time, certain of the islands may be set aside as permanent wilderness areas.”

In 1970, United States Senator Gaylord Nelson sponsored the federal legislation that established the Apostle Islands National Lakeshore. Northland faculty, staff, and students have continued to assist the National Park Service in research and baseline ecological surveys ever since.

Editor Note: This is the first in a series to celebrate the fiftieth anniversary of the Apostle Islands National Lakeshore.