The Mary Griggs Burke Center for Freshwater Innovation focuses on scientific research, communication, and thought leadership on water issues in the Great Lakes region and beyond. The Burke Center specializes in “translating” science to the general public, government agencies, NGOs, agriculture, and the private sector, helping to edify water policy in a wide variety of geographies and subject areas. As society enters an era of increasing water tension and scarcity, a key goal of the Burke Center is to improve water literacy among people everywhere.

The Burke Center promotes the health and sustainable use of the world’s freshwater resources, one of the greatest global challenges of our time. As public policy has evolved to address these challenges, it has become clear that effective and lasting solutions to complex water problems require an integration of insights from the natural sciences, social sciences, and humanities.

In order for society to sustain the health of its freshwater resources, it is essential that leaders think critically across disciplines and collaborate to identify creative solutions and inspire action. The Burke Center addresses these needs by integrating education, research, and outreach programs at Northland College with the resources of Forest Lodge to:

With facilities located in both the Great Lakes watershed (on campus), and the Mississippi River watershed (at Forest Lodge), the Burke Center is uniquely positioned to conduct science and outreach in two of the largest watersheds in North America.

For any questions please email the Burke Center at burkecenter@northland.edu. 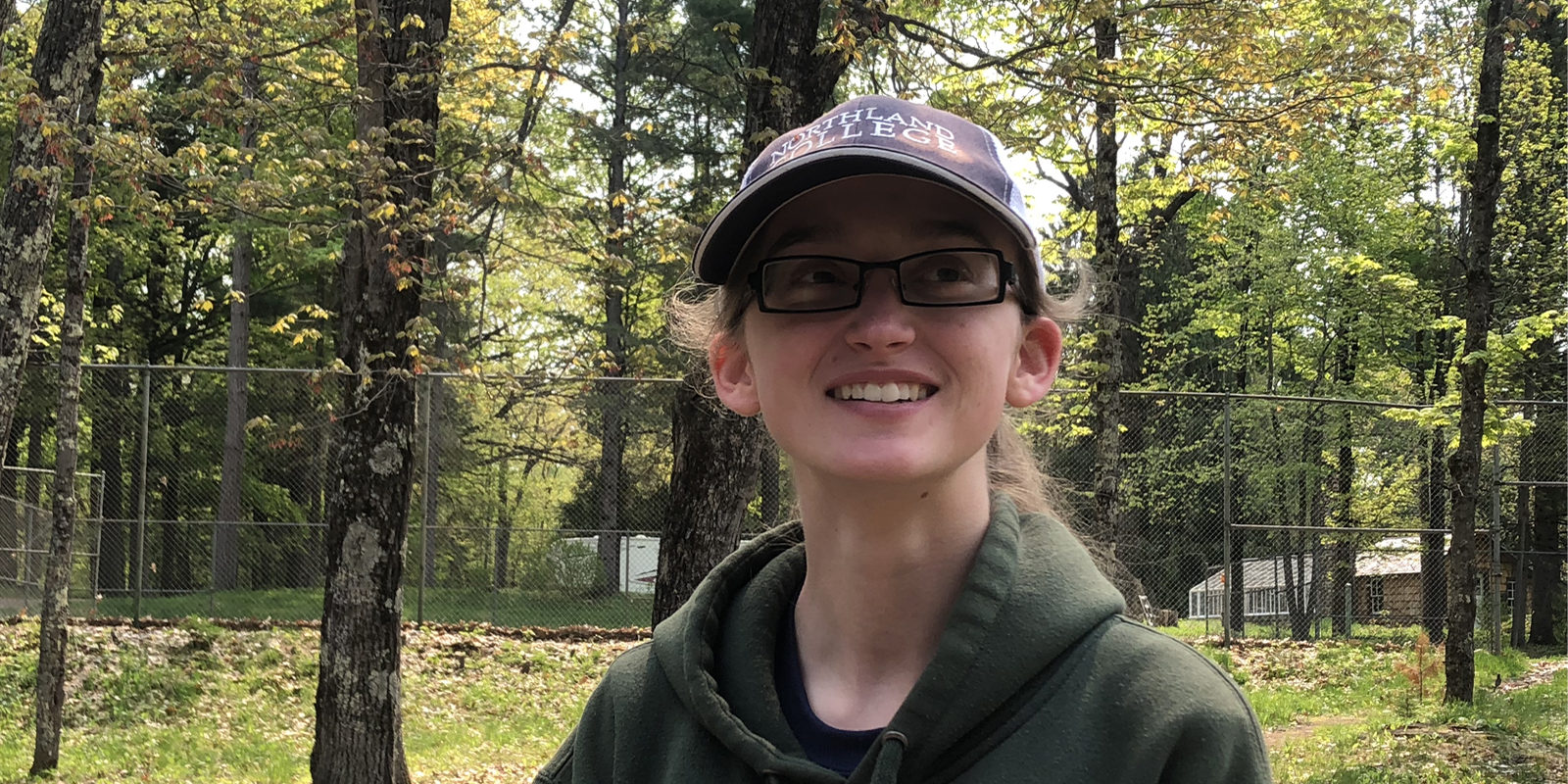 Jordan Bremer from Waukesha, Wisconsin is a senior at Northland majoring in both chemistry and geology. She began her work at the Burke Center in the summer of 2018 and has been mainly working on the streams crew monitoring many of the main tributaries of the Chequamegon Bay as well as the Bad River tributaries in the Penokee Range. She has also done a project focused on predicting the aquatic communities of a stream using data she took from the water as well as her knowledge on specific preferences associated with the different organisms in the stream.

“To be completely honest, there aren’t enough words to explain how the Burke Center has really made me happy. It has taught me how important water is to our environment and how fast the landscape can change or be influenced by another aspect/element of the environment.” 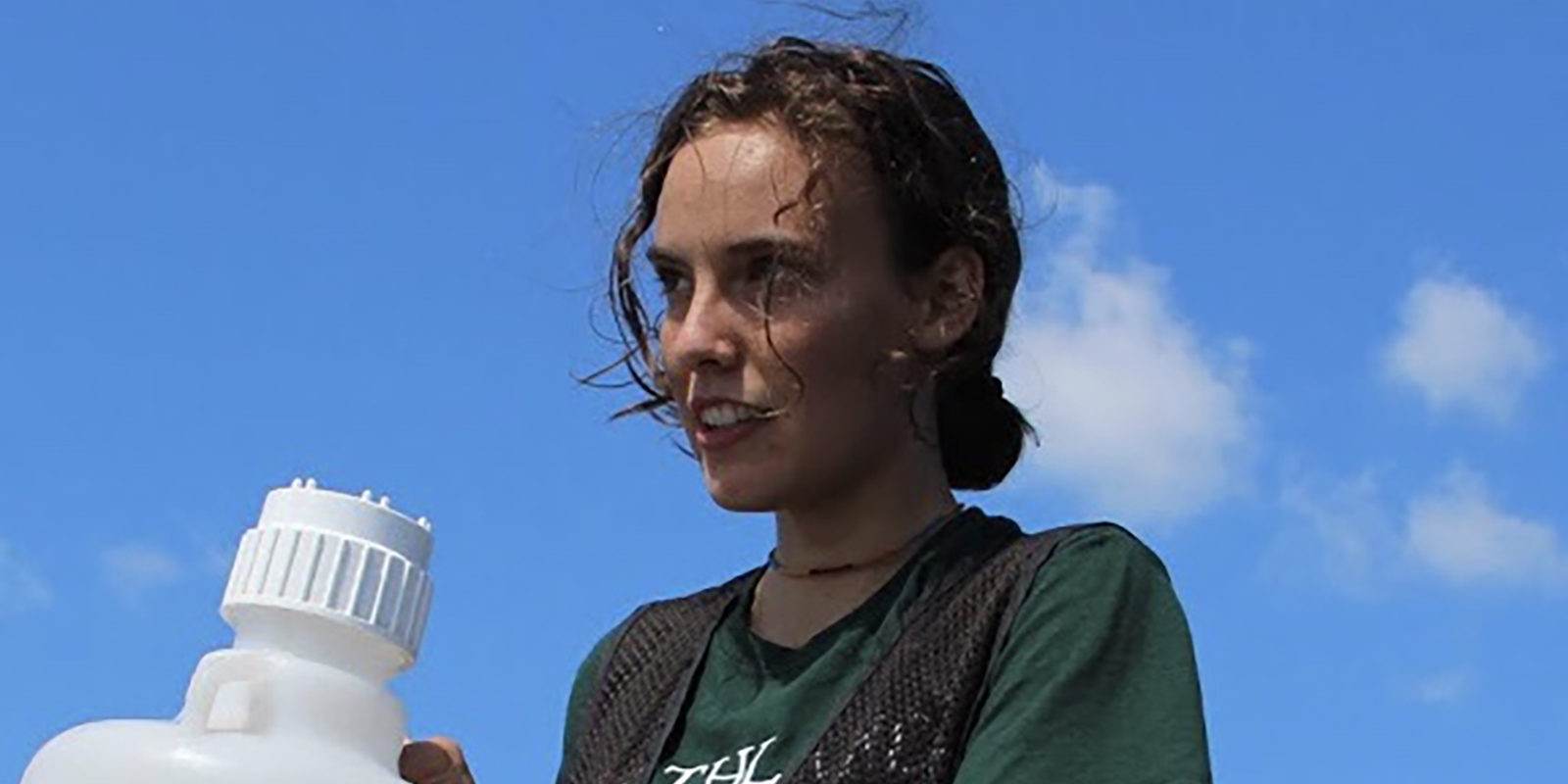 Emma Holtan, from Madison, Wisconsin, graduated from Northland in May 2020 with a major in water science with a water resources emphasis. She began working at the Burke Center during the summer following her freshman year at Northland and has been involved with the Penokee Lakes Project, Lake Owen monitoring, and some work with the Chequamegon Bay monitoring. She has also worked with the communications side of the center over the past two years. This summer and fall she is working with the communications side of the Burke Center researching, writing, and working with the center’s social media. 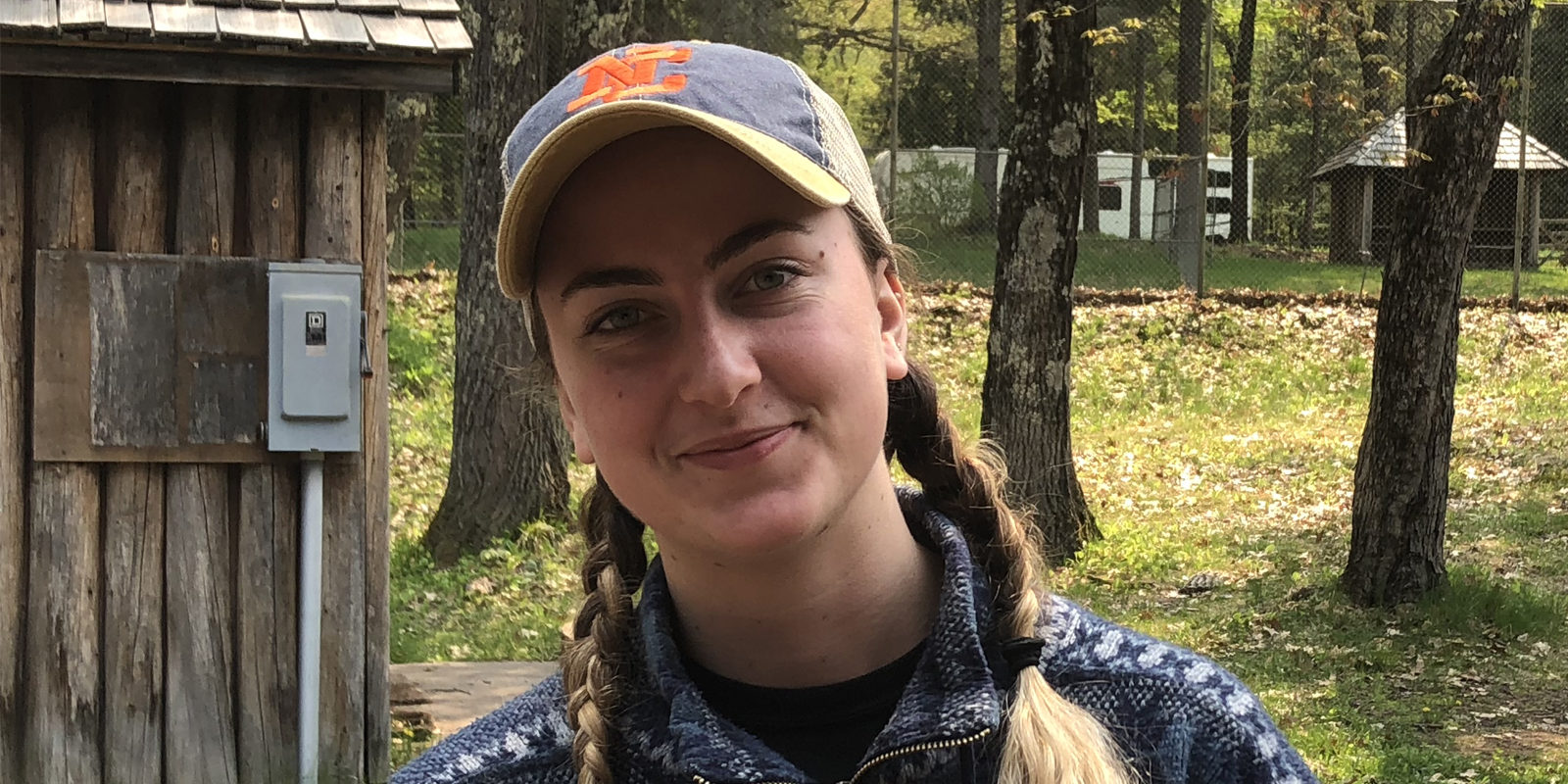 A senior at Northland College, Reane Loiselle of Dousman, Wisconsin, is majoring in natural resources and water science.  Her work for the Burke Center began in the summer of 2019, and her main work will be on the streams crew.

“I’m hoping to gain relevant experience in the field and refine my area of interest.” 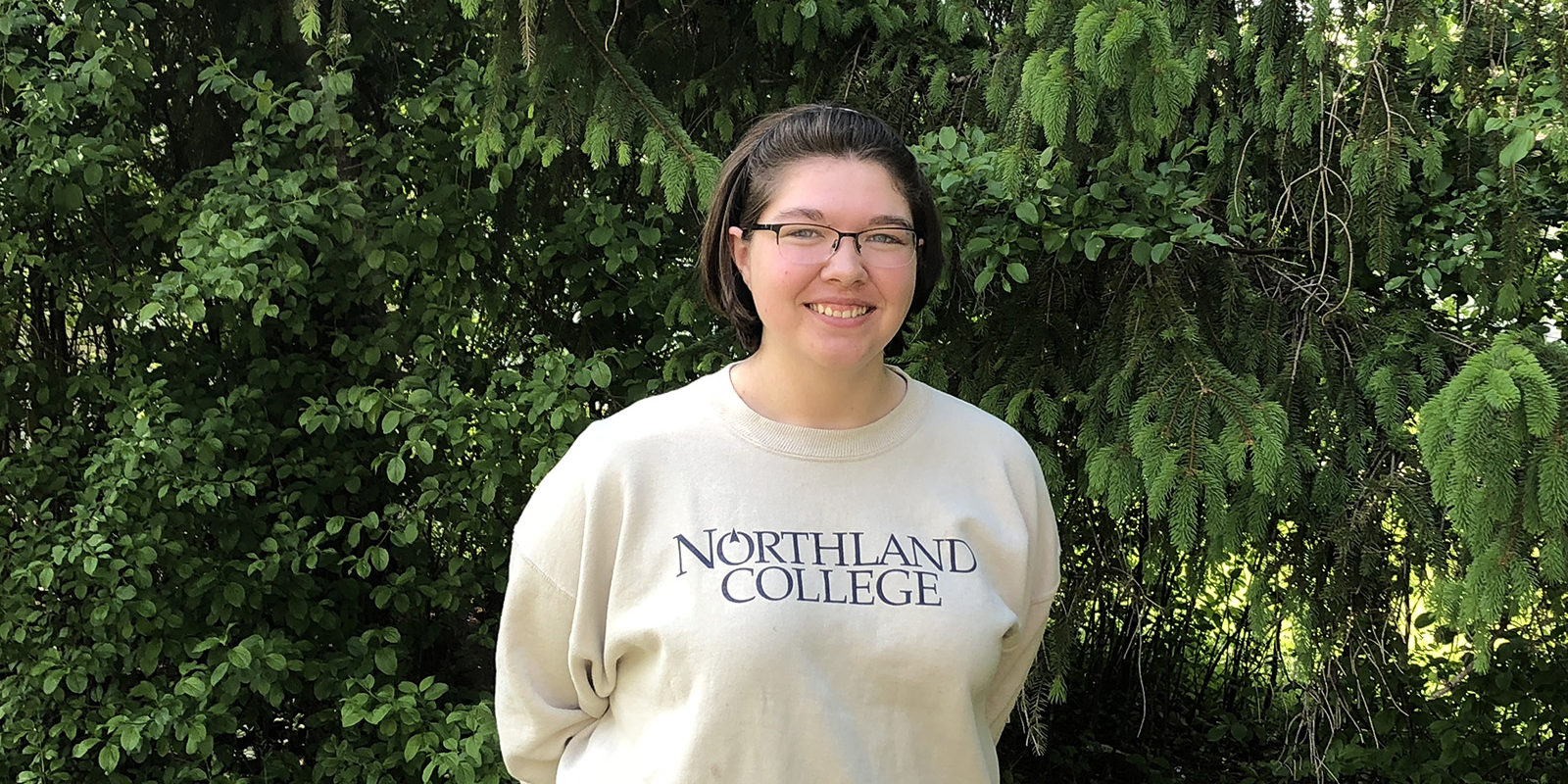 Bay Paulsen is a junior at Northland College majoring in writing. They’re from Beaufort, Missouri, and began their work for the Burke Center in the fall of 2018. Their work as a student on the communications team includes writing some articles for the center as well as keeping the social media up to date. They’ve also helped with Peter Annin’s book tour in 2018 and has done some writing for the Burke Center’s page on Northland’s website.

“The Burke Center is helping me explore the career path I’ve chosen and is providing some amazing, real-life experiences both in the field with scientists as well as in the public. I’ve also met some of my best friends here, and I found a sense of community that just doesn’t compare to anywhere else I’ve been.” 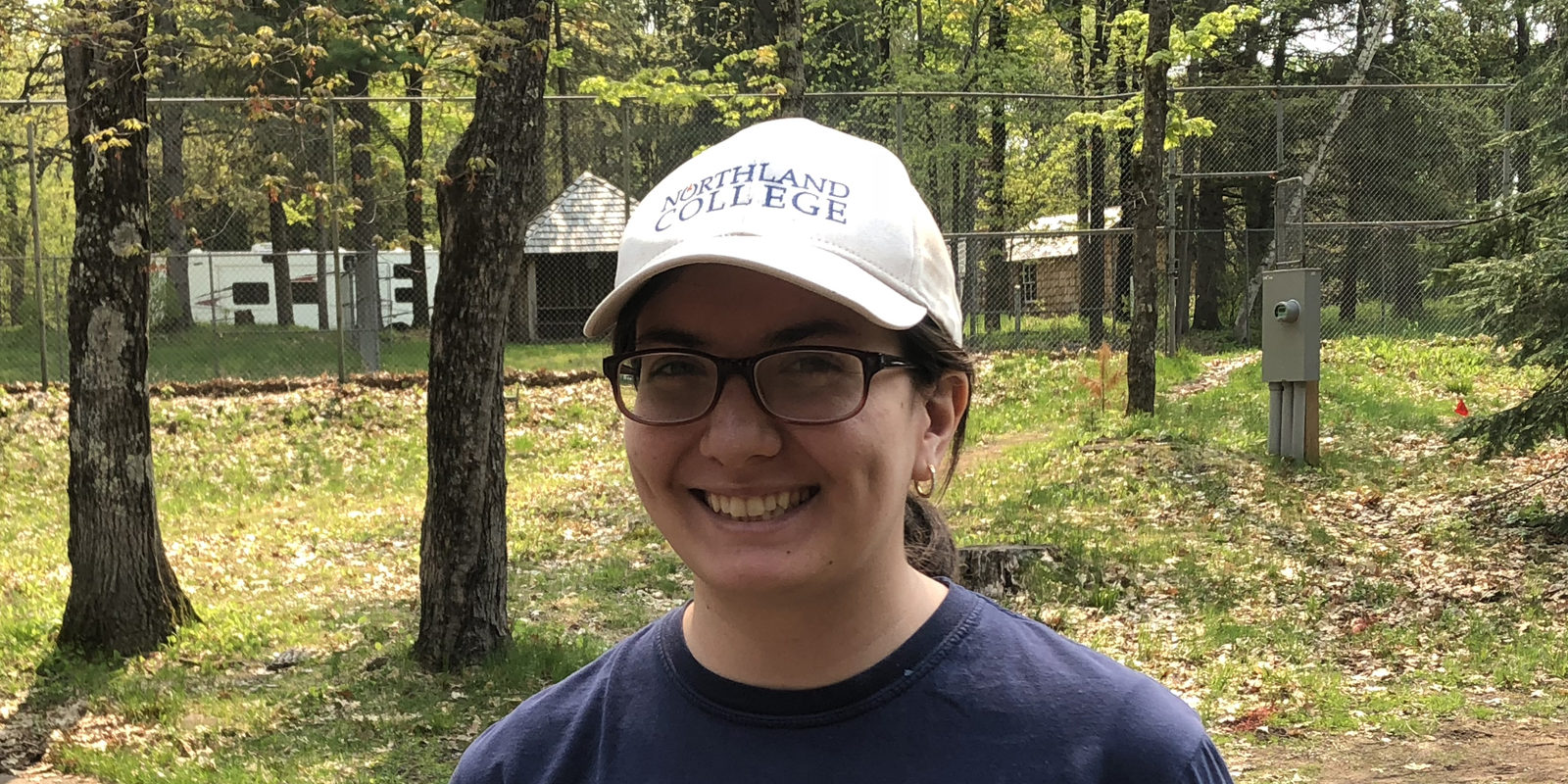 Shelly Ray, from Flossmoor, Illinois, graduated from Northland College in May 2020, majoring in water science with an emphasis in water resources and minoring in geographic information systems. She began working for the Burke Center in the summer of 2017 and has been focusing on stream monitoring and research. She also designed a rain garden for Northland’s Food Systems Center and has been involved with the development of bathymetric maps of the Apostle Islands wetlands. Shelly is working with the Burke Center this fall to help complete field work and data analysis tasks, before she begins graduate school at Michigan Technological University in January 2021. 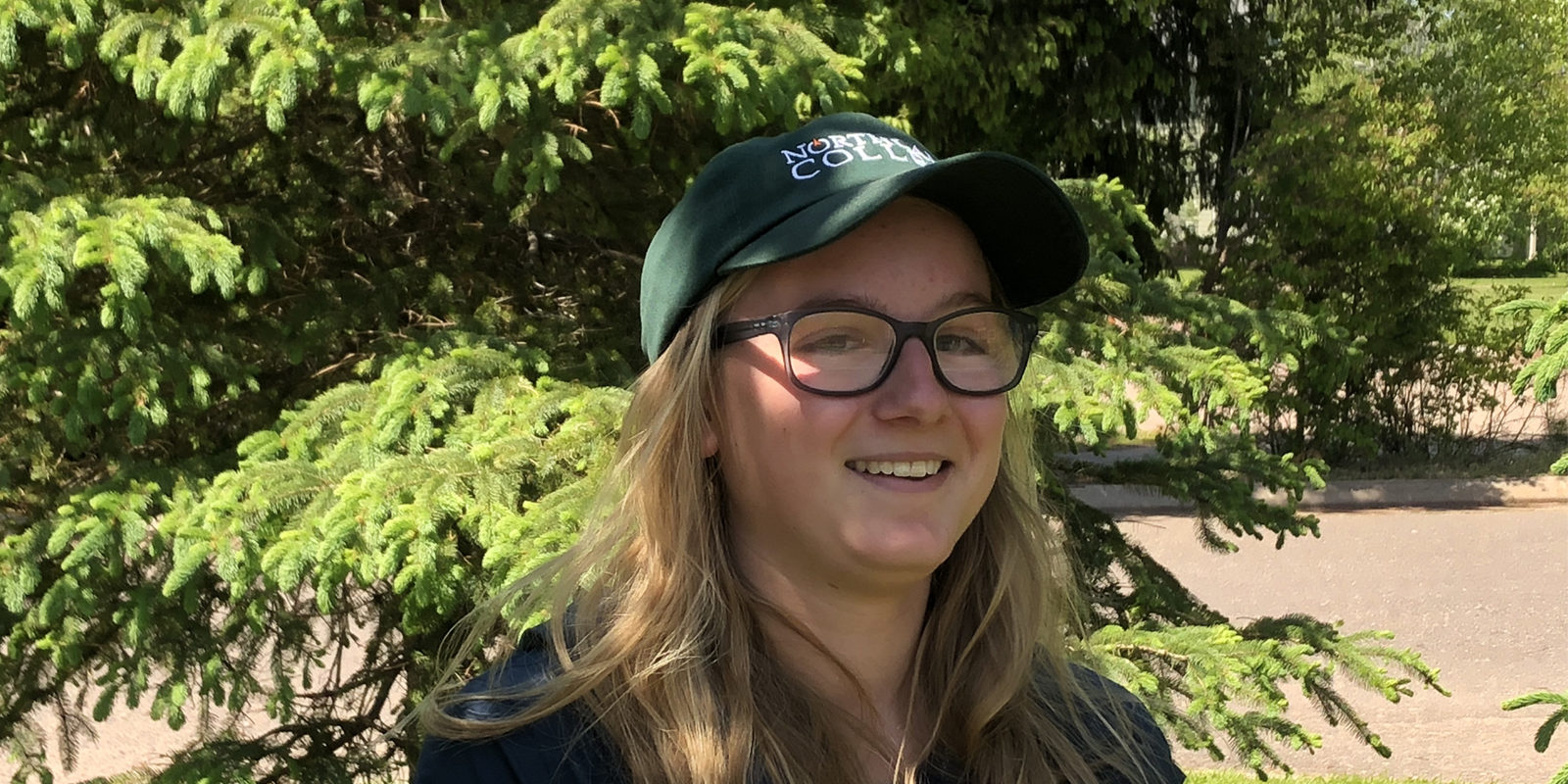 Ella Shively, a senior at Northland College from La Crosse, Wisconsin, is majoring in fisheries and wildlife and writing. She started working for the Burke Center in June of 2018 when she worked mostly on the lakes crew gathering data and on the Great Lakes Coastal Wetlands project. She is currently working with Erin Bergen studying the drivers of non-native fish species’ richness and distribution in Great Lakes coastal wetlands.

“Working for the Burke Center has been one of the best opportunities I’ve had at Northland! I’ve found that I enjoy both the fieldwork and the analysis aspects of research, and I’ve learned a number of very applicable skills. My work at the Burke Center has been a confirmation that I’m following the right career path. And in addition to all of that, I work with incredible people who have taught me a lot over the past few months.” 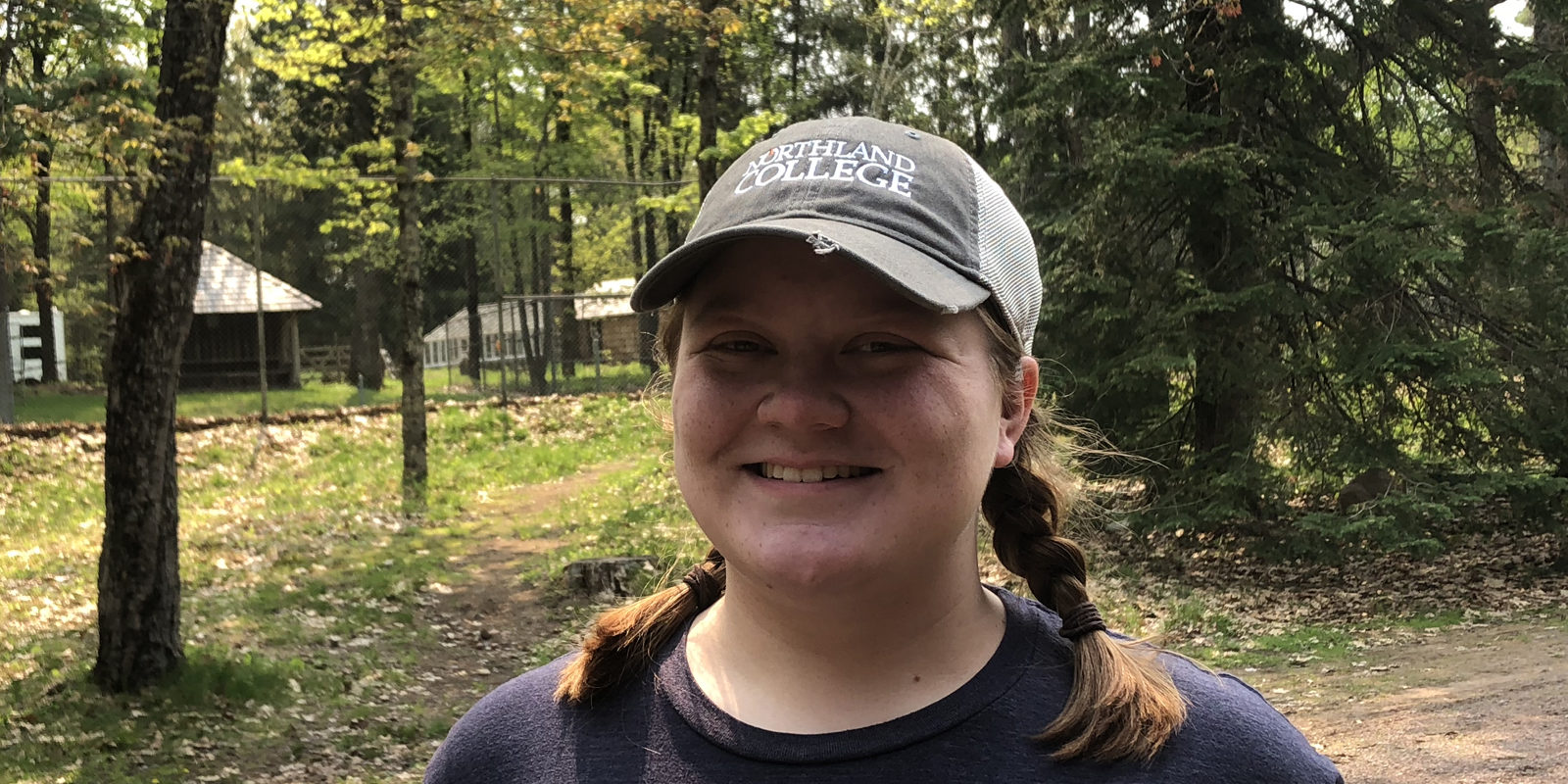 Stephanie Wright, who’s from Sauk Rapids, Minnesota, is a senior at Northland College, majoring in natural resources and water science, and began working for the Burke Center in the summer of 2019.  Her main job is to work in the lab and to conduct beach sanitary surveys for the city of Ashland.

“The Burke Center is a wonderful place to be, learn, and experience. The opportunity to be surrounded by other like-minded people in science is just so cool. I get to go out into the field and learn something about the world every day!” 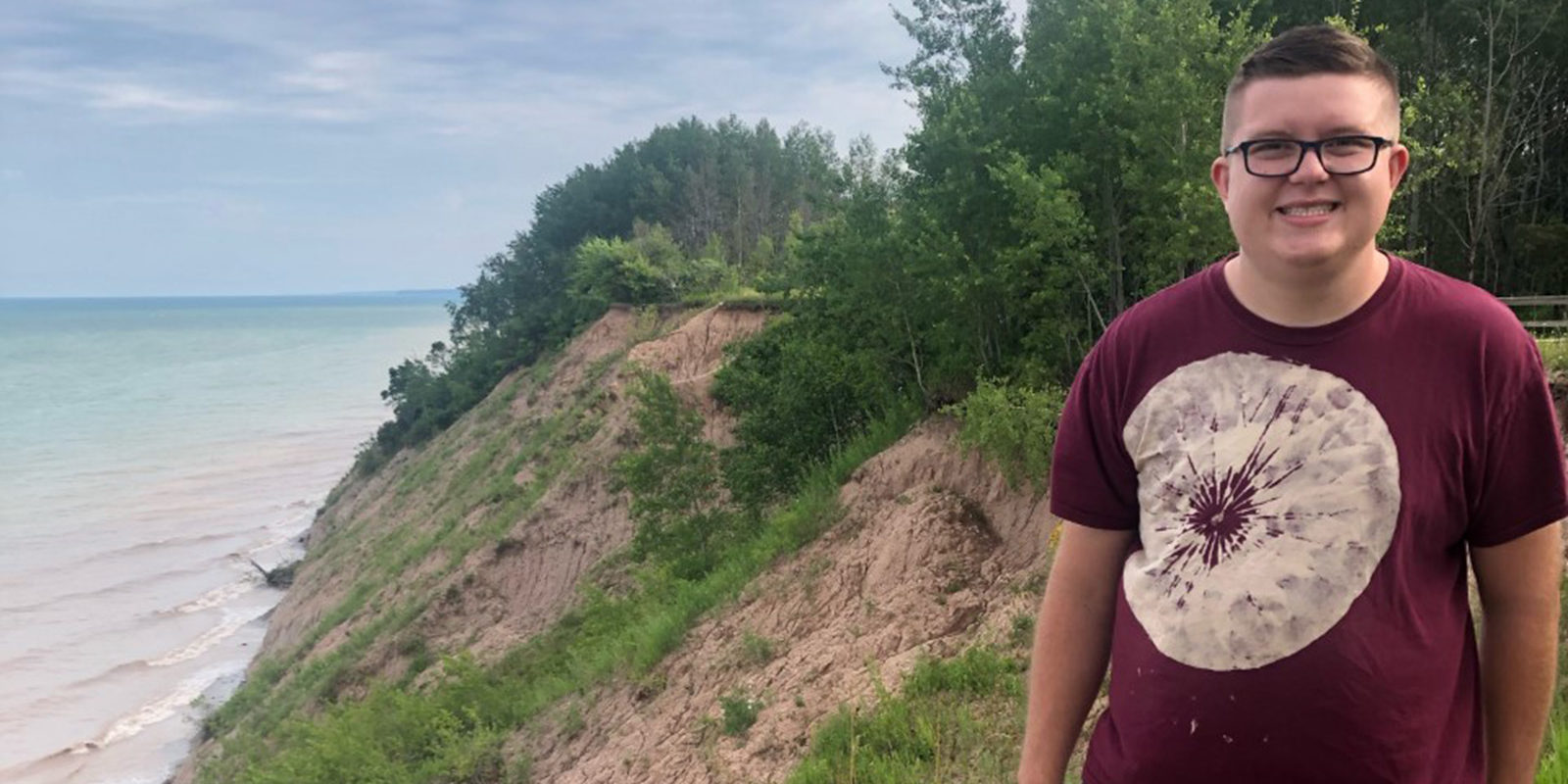 Josey Schanen, a senior from Port Washington, Wisconsin, began working for the Burke Center in the summer of 2020. He is double majoring in Water Science and Geology and is working on the Burke Center’s communications team, mainly working on research and correcting transcripts, but he also enjoys writing articles every now and then.

“Working at the Burke Center has really increased my awareness of water resource and quality issues not just within the Chequamegon Bay region and the Great Lakes Basin as a whole, but also of freshwater resource issues throughout much of North America and providing a broader context. This position has also really been an eye-opener to what goes into book research, and to what good journalism involves.” 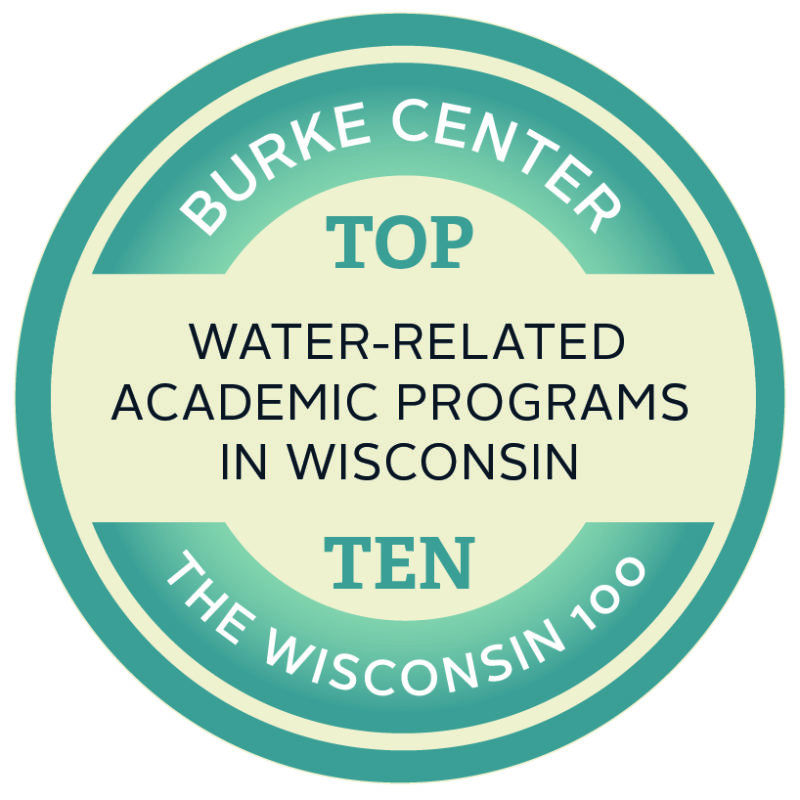