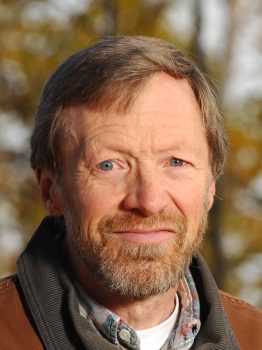 “The singular contribution of national parks has been in science, where parks have maintained wolf populations that experience a minimum of human impacts,” he said. “Much of what we know today about wolf-prey interaction and trophic cascades, both major areas of ecology, has come from science in national parks.”

Peterson had a primary role in the Isle Royale wolf-moose study for forty-five years of the fifty-seven-year history of the study. In 1996, he retired from a faculty position at Michigan Technological University in order to spend more time in the field.  In addition to wolf research at Isle Royale, he and his students have conducted wolf studies in Alaska, Yellowstone, Minnesota, and mainland Michigan.

Wolf Awareness Week officially started in the state of Wisconsin in 1990, when less than two dozen wolves roamed the state and upper Michigan. Today, the observance is celebrated across the nation and in parts of Mexico and Canada.

In addition to this presentation, TWA will host a wolf ecology workshop Saturday, Oct 22, and a volunteer carnivore track-training and refresher class Saturday, Oct. 29. To register for the workshops.