In this new and expanded edition of the book, Annin explores the Foxconn and Waukesha controversies and devotes a new chapter to the volatile issue of the invasive Asian carp—a voracious species that reproduces at a disturbing rate—which is transforming the ecology of the river as it makes its way through the Chicago River diversion and ever closer to Lake Michigan. 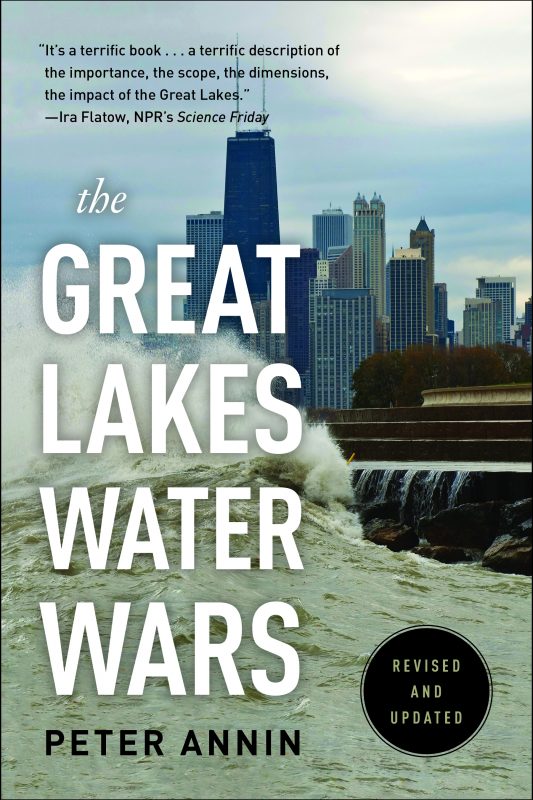 With three new chapters and significant revisions to existing chapters that bring the story up-to-date over the past decade, this provides the  behind-the-scenes account of the people and stories behind hard-fought battles to protect this precious resource that makes the region so special for the millions who call it home

“President Bush signed the Great Lakes Compact in 2008 to protect this internationally significant resource as we enter a period of increasing global water tension,” Annin said.

“The book is designed to help policymakers, advocates, industry, and the public understand one of the most complex and emotional environmental issues involving twenty percent of the world’s fresh surface water.”

Preorder your copies through Island Press and other outlets here.

The book tour has been funded in part by a grant from the Joyce Foundation, a nonpartisan, private foundation that invests in public policies to improve quality of life, promote safe and healthy communities and build a just society in the Great Lakes region.