I arrived in Ashland in September 1974. It was fresh and cool and the colors entranced me. These temperatures were not alien to me because I hailed from the highlands of tropical Guatemala.

English was no problem either because my school was fully structured following American norms and standards. I was delighted to meet all my new friends. They were so different and yet so “American”—the typical guys I had seen in a number of TV shows.

However, I also met people from other nations, other people with scholarships like me; people from India, Bangladesh, Pakistan, Nigeria or Kenya. It’s not necessarily what you expect when you arrive in Ashland, Wisconsin. It was really great!

When classes started, we all began to find our own groups and cliques. As everybody knows, at times, this is an awkward process. You approach someone, and he or she shows some interest in you, or they do not. You then just have to ask something simple. I remember typical questions being, “Where do you come from?,” “Where is your town?,” or “How is your family?”

This is how groups and little clans formed.

One of the groups that I frequented was the “clan of the tropicals.” We were all young guys who had never been in the US before, and in the 1970s, we were not familiar with the typical American way of life. We built a sort of fraternity of Colombians, Puerto Ricans, Filipinos, Africans, one Guatemalan (me), and several young men from Bangladesh, India, and Pakistan.

I bonded particularly well with Riaz Husain ’79, a Bangladeshi. I liked his personality as well as his affectionate and respectful manner. I admired his proud appearance when, on certain occasions, he wore his traditional shalwar kameez. In my thoughts, I wished I had brought at least one of the beautiful, shiny, and colorful native Guatemalan woven clothes from home. Unfortunately, I didn’t have one.

Riaz and I went on with our classes and met frequently, usually at meal times at the dining hall. After meals, we often chatted about our countries, their similarities, and differences, and, considering the immense distances that separate our countries, how similar they were in many ways, including—unfortunately—extreme poverty and exclusion.

Time went on, and the weather changed from a benign September to a cold and rainy October, with lessening leaves and sunshine. My tropical foreign fraternity kept on going and helped all of us emotionally when we felt homesick.

November was a harsh month. Morning frosts became more common, and everybody started wondering when snow would come. The little tropical fraternity had agreed that, whenever it came, we would all be outside to meet it.

One evening, when everything was dark and rainy outside, and I was very busy reading for an early test. I heard Riaz’s voice shouting out loud, “It is here! It is here!” “Who? What?” we all wondered. However, when Riaz started banging on my door I knew it—snow was here!

We all bundled up, as we never had before and ran out screaming, “Yes! This is it! This is snow!” Riaz and I embraced each other and sort of danced under the falling flakes. We had finally met snow. 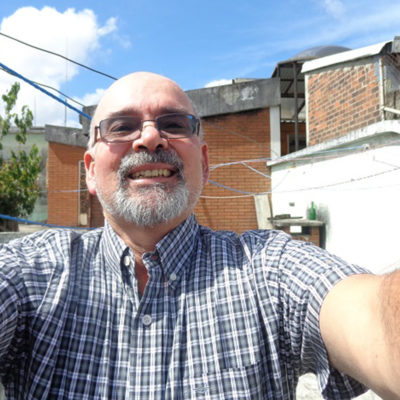