The event featured sixty-seven presenters from countries around the world showcasing their research and contributions to the fields of earth and space science.

Kasun presented his research and poster on the impact of major flood events on the geomorphology of North Fish Creek, a tributary to Lake Superior in northern Wisconsin in collaboration with Water Scientist Matt Hudson and Assistant Professor of Geoscience Dave Ullman. 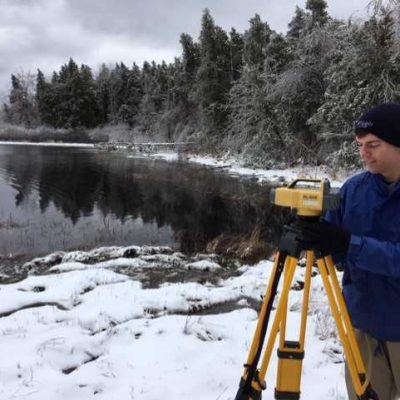 “Matt Hudson was a co-author and really helped an enormous amount with developing the field methods and building the narrative of Fish Creek,” Kasun said. “I also had help from Dave Ullman as an adviser and co-workers Shelly Ray and Tyler Larson who put up with cold wintery weather to help me in the field.”

Kasun has worked the last two summers as a student researcher for the Mary Griggs Burke Center for Freshwater Innovation and will continue this summer as a research associate doing hydrology work and acoustic doppler profiling.

“Andy’s work has been really important in showing us how a local trout stream has responded to human disturbance over time and builds a strong foundation to continue that work for future students or other scientists,” Hudson said.

Kasun also found time to play viola in the Chequamegon Symphony the last four years and compete with the cross-country team. He will graduate in May with a degree in water science and an emphasis in water resources and will be applying to graduate schools.

Ulman presented her research and poster on quantifying the distribution of phosphorus fractions in the sediment of Chequamegon Bay in Lake Superior. She worked with Hudson, Ullman, Environmental Chemist Chris McNerney, and Research Scientist Matt Cooper. 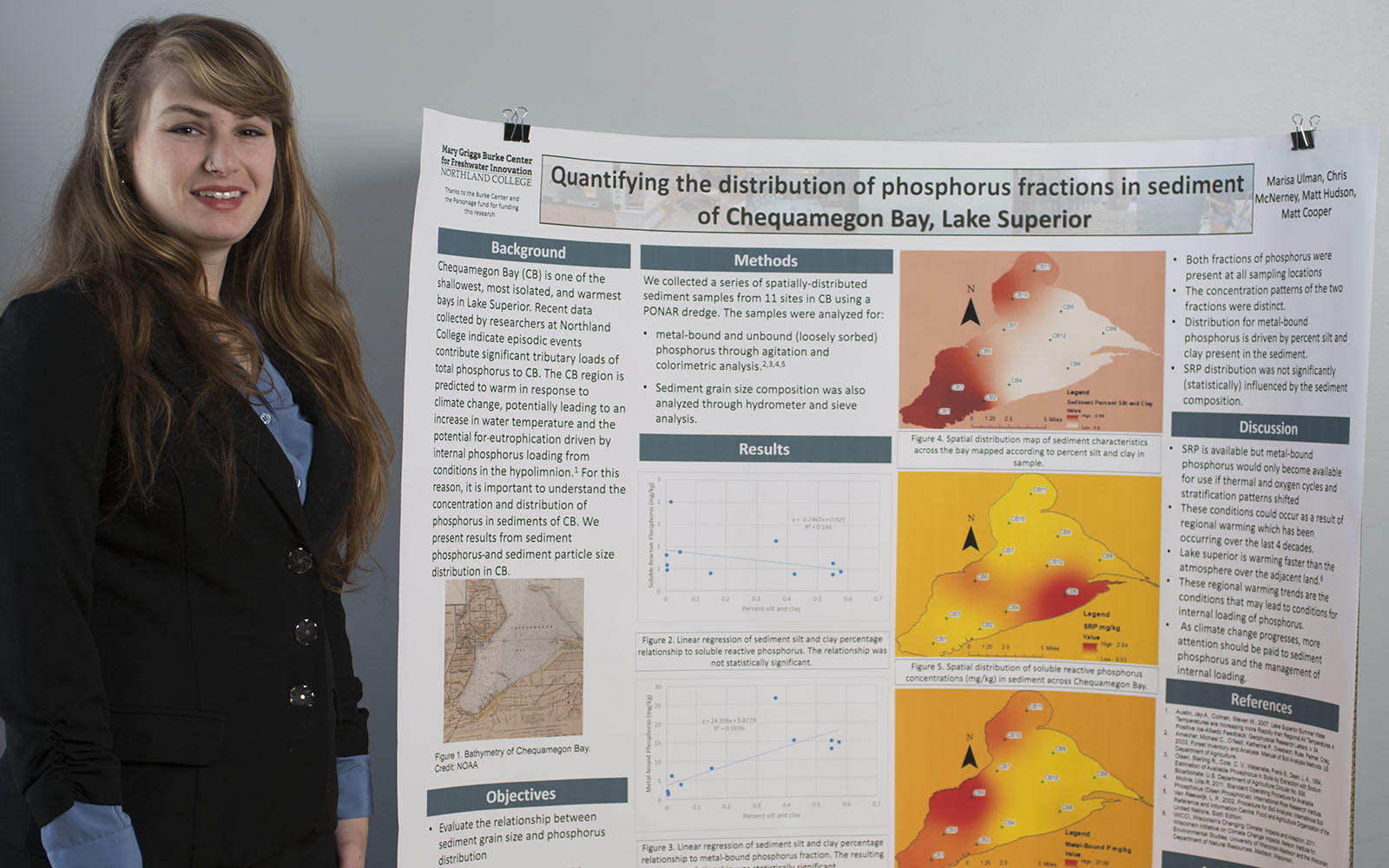 “Marisa took on a challenging project for an undergraduate and did a great job of applying all the field, lab, and analytical skills she’s learned at the Burke Center and through coursework at Northland College,” Hudson said. “The dataset she produced will play an important role in helping scientists and resource managers understand and protect local water resources.”

The Burke Center works with students over a number of years to apply classroom skills, build practical research skills, enhance leadership, and actively participate in solving complex questions about the health of water resources in the Lake Superior region. Ulman progressed through the Burke Center research track the last three years.

She will graduate in May with degrees in environmental geoscience with a water science emphasis, natural resources, and an emphasis in ecological restoration.and has already accepted a position as an aquatic invasive species specialist with the Wisconsin Department Natural Resource in Superior, Wisconsin.

“I am forever indebted to the incredible mentors I have had at the Burke Center,” she said. “I would not have been able to complete my capstone project without them and wouldn’t be half the scientist I am today without the guidance and opportunities they provided me. Almost everything I know about the work I do is because of their dedicated mentorship.”

Kasun and Ulman both received a plaque and AGU membership for 2019. In addition, Kasun received a travel grant to attend the 2019 AGU fall meeting.