I hear the crackle of police radios before the officers enter the badly-lit classroom in the basement of Bobb Hall, Jim Meeker introducing Vegetative Types of the Great Lakes Region. I’m at a desk in a middle row; too cool to sit in front, too anxious to fully give in to the back.

I watch with the rest of the class as two Ashland County policemen ask Jim to identify me. It was Jim so I’m sure he hesitated, but it was inevitable. I am cuffed and not-quite-perpwalked out the back doors. I take a last breath of fall and duck into the idling police car.

Orange is the New Black has come and gone. We’ve weighed in on police reform and privilege. Changed our Facebook backgrounds and painted signs to hang in our windows, sometimes crooked, bending backwards under their own weight.

I still mutter things like “…and that’s what I learned in jail,” and mostly people think I am kidding and say “yeah, me, too” or laugh nervously.

The Ashland County Jail was busy that October. Forgery, theft, arson. It was so busy they didn’t really have room for me. I spent the first half of what would turn into a twenty-eight-day sojourn in solitary confinement.

Things we did back then? We hand-wrote letters to each other.

Jim let me continue my coursework from my cell; Don Albrecht paused my photography assignments. We were reading William Cronon’s Changes on the Land in Paul O’Keefe’s history seminar. Someone delivered that to me. We adapted together. I had plenty of time to study.

One night Gordon and Richie serenaded me outside the cell window—fiddles were involved. We discovered a hole in the rusty screen between the bars,
just the size of a Dairy Queen milkshake straw. You can see why I hesitate to bring it up. In most ways it was Jail Lite, Mayberry, North Carolina.

Still, I was able to ask myself “how far can you go when you can’t go anywhere?” A retreat from regular habits, regular engagements. I dug in with myself. I went on a solo journey. Outside there was a team—friends, teachers, mentors. There was the moon, the big lake. There were highways stretching every direction. But inside there was me on a stiff cot, trying to calm my mind, trying to fall asleep. No stars, just bars.

I know, you’re dying to ask about my crime. A baker’s dozen trespassing charges for repeatedly scaling a fence surrounding the Navy’s now shuttered ELF transmitter near Clam Lake, Wisconsin. Refusal to pay the fines bought my room and board. I was one of many Northland students and activist community members from around the state who logged Ashland County Jail time.

I’ve done far more difficult things since I spent a short month behind bars. But what I learned there I still use. There are many ways to do time. Now I’m here under a big western sky, working toward satisfaction with what I already have. And maybe wishing for a strawberry milkshake. 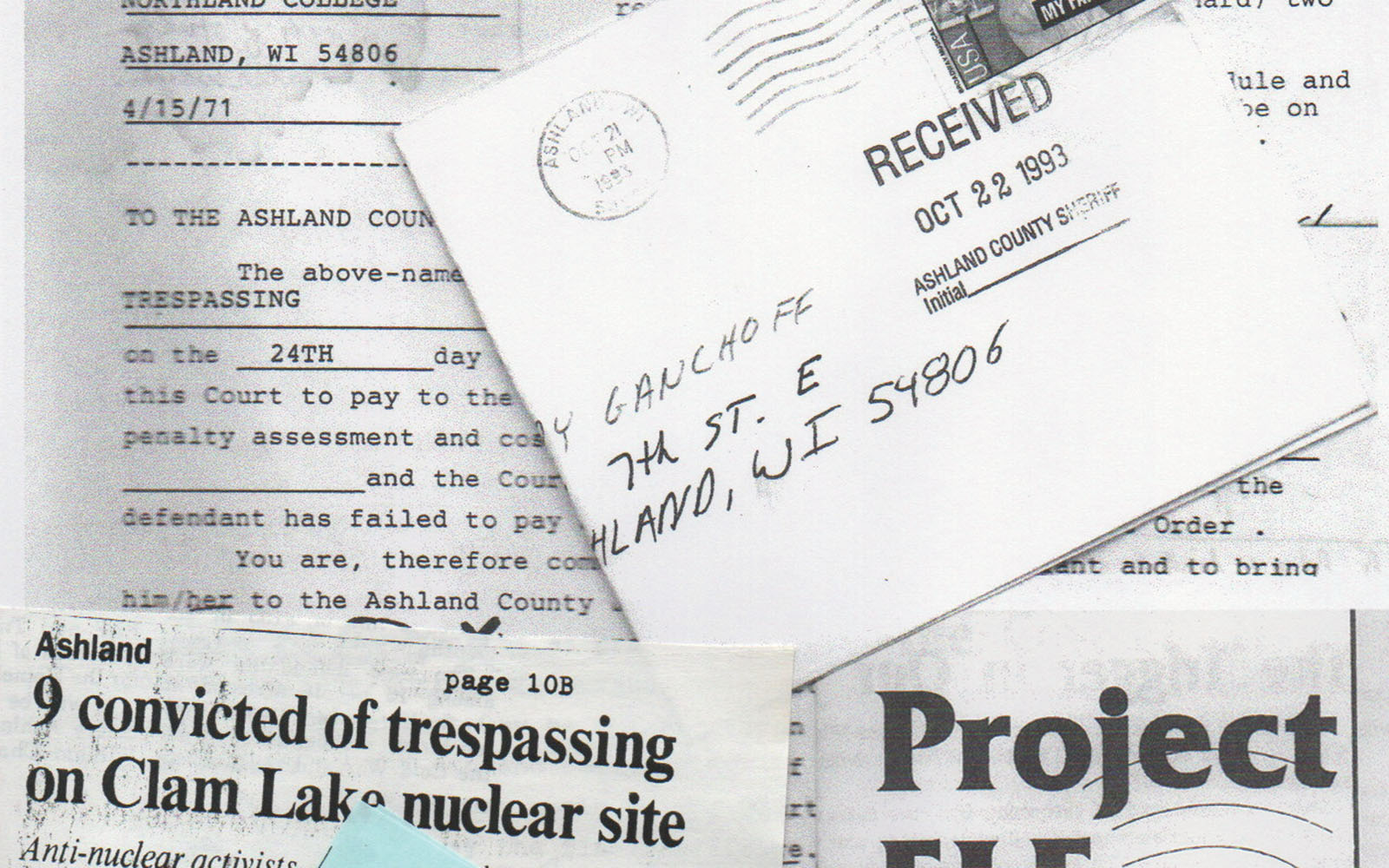 Mary Smith ’94 calls Colorado’s Western Slope home. Her Northland experience helped her learn how to be a great neighbor, working to find common ground with all people no matter who they voted for.