It was November 17, 1977, exactly two years and a week after the Edmund Fitzgerald sank with twenty-nine crew members on board.

In those years, Northland had some funding from the National Endowment for the Humanities, and Edward Abbey, author of Desert Solitaire, was on campus to speak and to hold a few seminars with students. His novel The Monkey Wrench Gang, published in 1975, was already a cult classic—a cult flourishing with me and my peers.

I was in the first of my two years at Northland, having just transferred from the University of Montana. I was naïve and starry-eyed as all get-out. I had landed the plum job of meeting this lion of wilderness literature face-to-face, talking with him, and reporting on it all for the school paper. 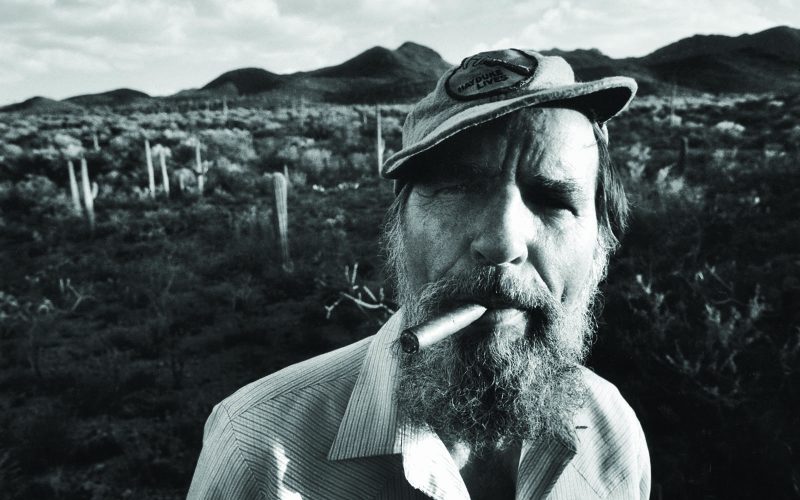 It was a cool, gray, late-autumn day. I met Mr. Abbey out in front of the aging frame house that was the Sig Olson Institute in its infancy. We started north down Ellis Avenue. Abbey was tall and so am I, and we made great strides together down the boulevard.

He liked Ashland and said so. It was, back then, an Ed Abbey kind of place. Working-class, light-years from hip, down on its luck. I suggested we head for the lake and the old ore docks. We talked. (I still have a cassette tape of our conversation, and I cringe and vow to destroy it whenever it surfaces around here. I dare not quote from it.) I was starstruck, ridiculously pedantic and postured, and Abbey was simultaneously bored and mystified by my obtuse lines of questioning. In my journal a few days later, I wrote: “Big soft-spoken man—he seems almost depressed…” Then a quote from him to underscore this: “I’m an optimist. Things are a lot better now than they will be.”

We lapsed into easy stretches of silence as we reached the harbor and admired the lake. That autumn there was a labor strike up on the Iron Range of Minnesota. This resulted in a temporary tie-up
on Ashland’s ancient ore dock by two idle Great Lakes taconite freighters. Real whoppers like the Edmund Fitzgerald. We walked out onto that massive pier structure (gone now, I gather). A steel ladder led up to the deck of the vessel on the west; “NO TRESPASSING!” on metal placards swaying in the cold wind off the bay. “Well, hell,” says Ed, “I’ll never get another chance to see one of these big fellas.” Up the ladder we went.

I remember the vast expanse of the ship’s deck, the twinkle in Abbey’s eye, and then—of course—the watchman came out of the wheelhouse shouting and cursing and chasing us back down the ladder. Ed and I laughed and fled and waved good-bye to the guard.

The trespass might have been the high point of Ed’s visit to Northland. Or maybe not. There were rumors. He was, after all, Edward Abbey. He had a reputation to live up to.

There were many famous literary visitors to campus in those halcyon years, a who’s who of environmental thought and writing. Along with Abbey, it was Gary Snyder, John Haines, Wendell Berry, and William Stafford whom I recall most vividly, because they were all heroes of mine. Had Henry Thoreau, John Muir, and Lao Tzu been alive, professors Peg Jackson and Lee Merrill would surely have landed gigs for them at Northland. With each of these visitors, students had a chance to listen, talk, share a meal, and mull over the ideas of the day. Ticking off those names to a professor friend of ours in Alberta a few years ago, her response was, “Holy cow, who didn’t come to Northland back then?”

And who can say how a few moments of sitting down with, or walking with, or fleeing from the deck of an ore-boat with one’s literary heroes—all while at that wide-eyed age of nineteen, or twenty-one, or twenty-three—will resonate down through the years of a writing life?

All I can say is, resonate they have.

The photo of the Ashland Oredock was taken by Bobak Ha’Eri and is licensed under a Creative Commons 3.0 Attribution Unported license. 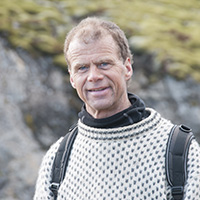 Dave Olesen graduated from Northland in 1979 with a BA in humanities and northern studies. He emigrated to Canada in 1987 and has lived for thirty-five years at a remote homestead northeast of Yellowknife. Olesen is a commercial bush pilot, a dog musher, and the author of four books including Kinds of Winter (2014) and North of Reliance (1989/2016). He posts a monthly dispatch—usually not about flying—at his website bushedpilotblog.ca.