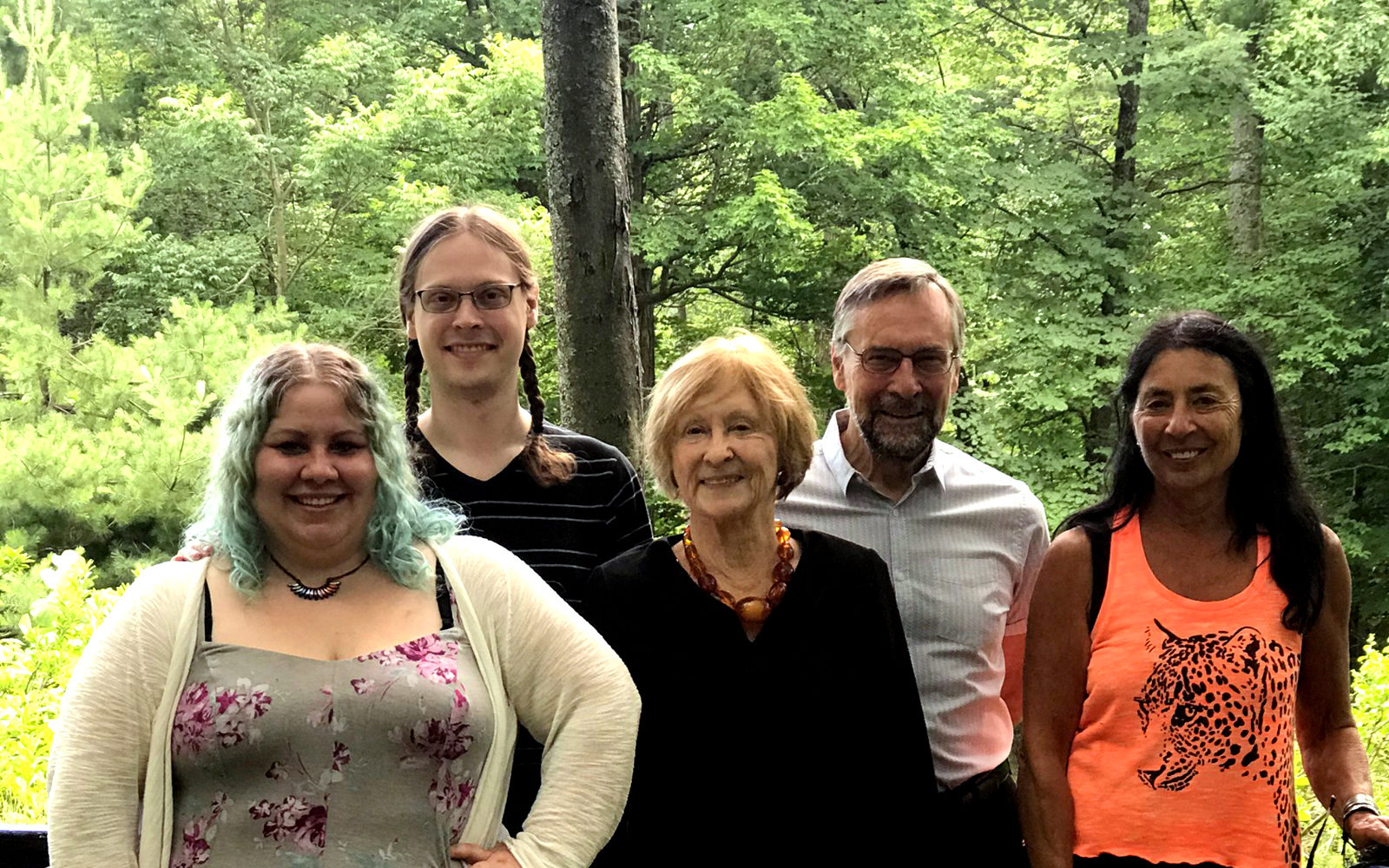 Like many high school seniors, Arthur Scott Minar ’13 procrastinated making a plan for attending college. And time was ticking. “I couldn’t decide, and I was being lazy,” he laughs.

Then, members of his family—his dad and his aunts—pointed to Northland College, a college consistent with his views, the place where his grandfather, great aunt, and two great uncles attended.

“I never knew my grandfather, but I flew up to Ashland with my Aunt Janet, went on a tour, and I liked it,” he said. “I also liked the family connection.”

The first to attend Northland was Arthur Scott’s Great-Aunt Ann ’30, the third oldest of seven children living on a farm in Phillips, Wisconsin. Her parents emigrated from what is now the Czech Republic. After high school, Ann worked at the telephone company office, saved money, and then made the bold decision to journey alone seventy-seven miles north to Northland College.

Ann met Alva Tribbey ’29, her future husband, at Northland and both worked their way through college: Alva as a janitor and Ann in the library. Ann valued the college experience as a way to escape the farm life, and she encouraged her younger brothers Arthur Aloysius ’32 and Louis ’36 to join her at Northland. Ann talked them into going–“your life will be better after attending Northland,” she told them in a letter saved by Phyllis Tribbey Vinson.

Arthur and Louis and a cousin worked in the Copper Craft shop. Their products were sold nationwide and brought income to the College and to the young artists. Arthur was on the tennis team and sang in the choir, which toured extensively; Louis played football and was on the wrestling team.

Alva, Ann, Arthur, and four others ate regularly at the same table, calling their group “the Hungry Seven,” a group that remained friends for life.

Ann and Alva graduated one year apart, and both went to Milwaukee to work for the telephone company. The Great Depression had started and without prospects, Arthur returned to the farm in Phillips. Ann wrote to Arthur from Milwaukee encouraging him to go out into the world.

“She was the insistent one, the leader,” Janet said.

Arthur, became a teacher, a principal, then superintendent, obtained a master’s degree from UW-Madison, and eventually retired from education and joined a firm that sold school supplies to rural schools.

Arthur’s three children—Carol, Janet, and Dick—did not attend Northland, but in the 1990s Carol, who was a landscape designer and patron of the Denver Opera Guild, attended a summer writing camp on campus. “She was so inspired by Lake Superior, the north woods, and Northland that she changed her world and decided to move,” Janet said.

Carol died April 7, 2020, leaving a generous bequest to the College’s annual fund. Janet plans to follow suit with a bequest to support efforts to research, conserve, and protect water through the Mary Griggs Burke Center for Freshwater Innovation.

“The family has been inspired by Northland and its values,” Janet said. “I want to honor that.”

Arthur Scott graduated in 2013 with a degree in geology and biology. He also met his future wife, Ashley Hilderbrand ’13, at Northland, and they now live and work in Lockport, Illinois. Of Northland, Arthur says, “I loved my time there.”