Spanning spaces that would otherwise be difficult if not impossible to pass, bridges give access and invite connection. How many bridges have you begun to cross only to pause at the center to take in your surroundings, to dare to peer over the edge, to consider the possibilities between here and there?

When I think of Northland College, one of the first images that forms in my mind is that of Wheeler Bridge. Not a long, nor particularly ornate bridge, Wheeler passes over Bay City Creek, connecting the northern and southern parts of campus. I can see the bridge in each season limned by the sharp greens and pink blossoms of spring, shadowed by branches heavy with foliage in summer, set aglow in golds and reds in autumn, and veiled snow white in the winter.

As a “townie,” my crossings of Wheeler Bridge began in my childhood in Ashland. Friends and I used to sled beneath the bridge in the depths of northern Wisconsin winters. The narrow, snow-covered ravine cutting through tall trees proved an irresistible challenge to young adventurers equipped with saucer sleds and toboggans. 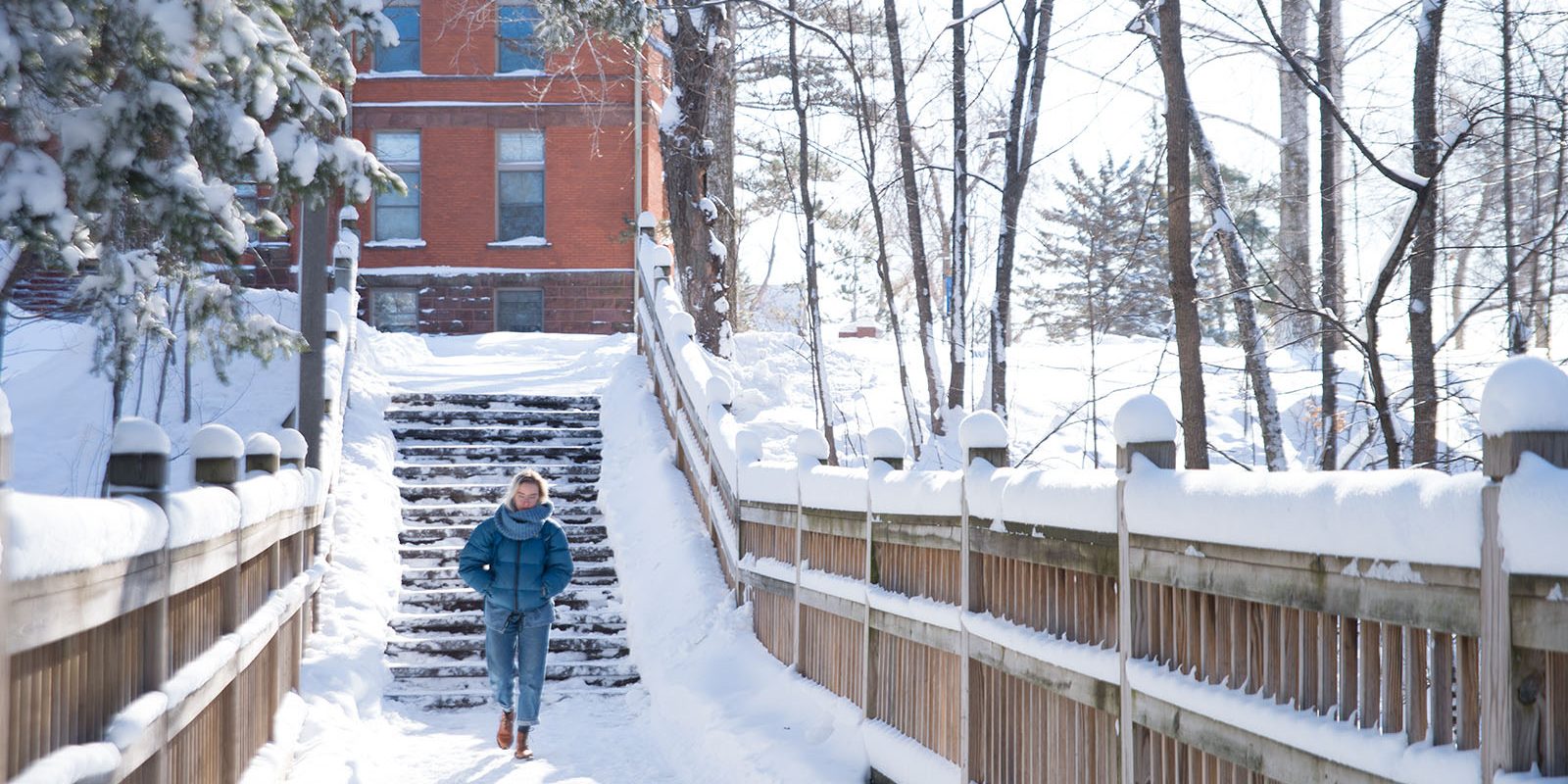 As a history major and English minor at Northland, the most frequent trip I took across Wheeler Bridge was to reach classes in Wheeler Hall, and, like those crossings of the bridge, my visits to Wheeler Hall started in my childhood. I had piano lessons in Wheeler when it had creaky floors and smelled of wood polish. My mother taught voice lessons to Northland students in Wheeler’s rooms, and I sometimes tagged along, keeping myself entertained by playing in the echo-filled halls. Like bridges, old buildings easily spark the imagination.

Most of my memories of Wheeler Hall are those of attending classes in modernized rooms. While I am grateful for the expertise of many Northland professors, the influence of Professor Michele Small still resonates deeply in my life. In many ways, her classes remind me of bridges—a passage between history and culture, storytelling and memory, past and present. In her course, The English Language, I particularly remember watching the documentary The Language You Cry In that traced the link between the Gullah language of African American communities in the islands off the coast of South Carolina. In the film, linguistics reveal a way Gullah people make connections with the communities they descended from in Sierra Leone. Language was the bridge bringing people together across an ocean and time.

That course reminds me that the humanities are an essential bridge between education and experience. Lessons learned across classes in Wheeler Hall stayed with me because they remain not only relevant, but poignant. I like that Wheeler Bridge will always be fixed in my memories of Northland, because I’m grateful for the metaphorical bridge that the College has been between my past and present. That bridge will continue to shape my interactions with the world with each step into the future. 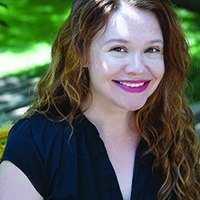 Andrea Robertson ’00 is the New York Times bestselling author of thirteen novels including Nightshade, The Inventor’s Secret, and Forged in Fire and Stars. She grew up in the north woods of Wisconsin where her imagination ran wild. Prior to becoming a full-time novelist, Robertson worked in academia as an early modern historian.