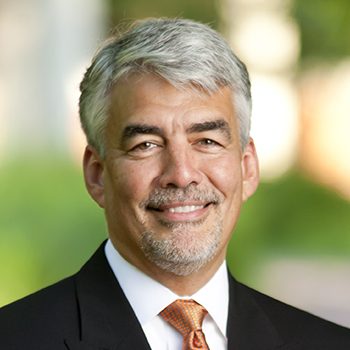 Northland College has joined with other higher education institutions in signing onto the coalition, We Are Still In, to ensure the U.S. remains a global leader in reducing carbon emissions. The organization formed in June after President Trump announced the U.S. withdrawal from the Paris agreement on climate change.

We Are Still In represents more than 1,200 groups—including leaders from more than 125 cities—including Bryan Kennedy, mayor of Glendale, Wis. and Tom Barrett, mayor of Milwaukee, Wis.—9 states, 902 businesses and investors, and 183 colleges and universities.

“Trump’s decision to withdraw from the Paris agreement essentially removed the U.S. from formal American leadership on global warming,” said President Michael Miller, who signed the agreement. “In absence of elected leadership, we’re joining with cities, states, businesses, and the scientific community to create leadership on this issue.”

Businesses and investor signatories account for a total annual revenue of $1.4 trillion and include over 20 Fortune 500 companies, including Apple, eBay, Gap Inc., Google, Intel, Microsoft, and Nike, in addition to hundreds of small businesses, have also signed the statement.

In an open letter to the international community and parties to the Paris Agreement, We Are Still stated: “The Trump administration’s announcement undermines a key pillar in the fight against climate change and damages the most dangerous and costly effects of climate change. Importantly, it is also out of step with what is happening in the United States.”

The letter concludes: “It is imperative that the world know that in the U.S., the actors that will provide the leadership necessary to meet our Paris commitment are found in city halls, state capitals, colleges and universities, investors and businesses. Together, we will remain actively engaged with the international community as part of the global effort to hold warming to well below 2℃ and to accelerate the transition to a clean energy economy that will benefit our security, prosperity, and health.”

To view the full statement, quotes, and list of signatories, visit www.wearestillin.com