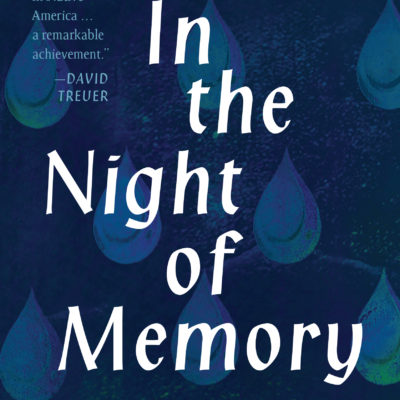 Novelist and short story writer Linda LeGarde Grover says she hopes to create a space for Native women through her literature.

Grover will be reading from her most-recent novel, In the Night of Memory, about a Native woman who has been missing since the late 1970s, Wednesday, October 9 at 7 p.m. at the Sigurd Olson Environmental Institute.

A professor of American Indian studies at the University of Minnesota Duluth, Grover says the story of two Ojibwe girls “In the Night of Memory,” shares similarities with her experience coming from the Bois Forte Band of Ojibwe reservation, located in northern Minnesota.

“This is a story of told through the perspective of the missing woman’s young daughters,” Grover says.

The two Ojibwe girls navigate foster placements, the disappearance of their mother, and ultimately find their way back home to the fictional Mozhay Point Reservation.

“I wrote the story for Native women primarily who could pick up a fiction piece of work and see parts of themselves,” she said.

“In the Night of Memory” also speaks about many social and tribal issues like residential boarding schools, and the idea of land loss through land allotments.

Grover has gained critical acclaim from her previous novel, The Road Back to Sweetgrass and collection of short stories, The Dance Boots.

Grover says she looks forward to reading at Northland College and shares the same excitement of author-audience interaction by having Q&A period following her reading.

“I enjoy communicating these things, I’ve researched them for a long time and it’s a pleasure to see it come to life through the book,” Grover says. “I enjoy the interaction with students.”