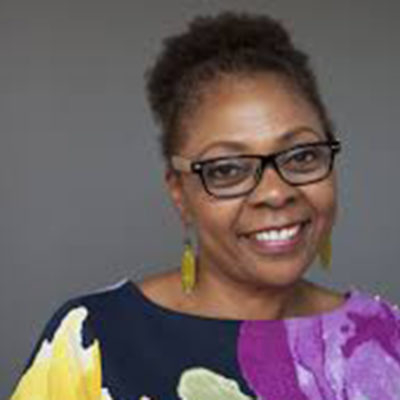 Motivational speaker and former assistant director of Fisheries and Habitat Conservation at the US Fish and Wildlife Service Dr. Mamie Parker is the 2017 commencement speaker at Northland College. She made history when appointed the first African American as the FWS regional director of the thirteen northeastern states and is a passionate spokesperson for diversity in the outdoors.

Q. You are passionate about getting people into nature. Why?

A. There’s certainly a need and a challenge to get people of color and non-traditional individuals connected to nature. We need them because we need individuals that can be great advocates for fish and wildlife. We need them because, in my considered opinion, they are the ones that are our future and they’ll make a difference in society. They will be there with Congress to encourage them to provide the financial support. They’ll be there solving all the solutions as I think about climate change and all of the challenges associated with sea level rise, associated with us losing acres and acres of national wildlife refuges throughout this country, and national parks that we’ve spent a lot of money and time acquiring we’re now losing them to sea level rise. And I really believe that we have students that are in elementary school now and junior high school that will be the ones that are out there helping us solve some of those problems.

Q. How did you get introduced to the outdoors?

A. My mother’s husband had left her with eleven children. And so she was a share cropper and she had to figure out a way to provide food for them, and so protein in our diet came from her fishing and her being in the outdoors. She was a great gardener too.

Q. How did fishing help you?

A. As a teenager I tell people that in my ninth grade class the majority of the girls became mothers in the ninth grade. And I’m certain that because I was fishing, I was not kissing [chuckles]. I look back over that period of time again when I was connected to nature, but more importantly connected to adults that help me figure out the challenge that many children have today when they have decisions that they have to make, the peer pressure, the bullying, all those things. Of course, we all experienced them, but I had people that I could really talk to about those things that help me get beyond some of those challenges.

Q. You have worked your way up through the ranks of the U.S. Fish and Wildlife Service. Talk about that process.

A. The US Fish and Wildlife Service has worked hard to try to make people that are different feel more welcome in these facilities where they feel like the National Parks and National Wildlife Refuges and State Parks and other facilities that these are our resources, all of our resources, and not only should we enjoy them but we should work hard to help restore them. We should work hard to promote what they offer for us as well because we’re losing resources.

Q. What about your role as mentor?

A. I’m really anxious to take girls outside because the profession that I was in and I’m in as a fish and wildlife biologist there’s still not a lot of women and not a lot of girls that believe that they can do it.

I was told that this is not a job for girls, and that you should go and become a medical doctor, or you should go and become a teacher, that you won’t make money doing this. I’m passionate because I know that there are green jobs out there, and I know for a fact that minorities and women will make a difference. They will bring different skills sets to the table. They will bring more of their friends and family members to the table that could be great advocates.

Q. What is your reason for speaking at Northland College this weekend?

A. I’m really impressed with what Northland College is doing. I think that—again, I can only start with my personal experiences and what it meant when I had a chance to go to college and in an environment by which– my mother only had an eighth grade education. I don’t talk about my father a lot, but my father was a prominent man in my community. I was born out of wedlock and that was very hard and shameful in my community and in my family. I never got his name, but over the years and with lots of great therapy, I’ve learned that a name does not determine my destiny. So, my destiny was to go on to the university to really study biology at the first time. And I never knew, again, there was no role models for me to talk to about a career and what I really loved, and that was the outdoors.

One day there was a guy that came to town and my university and he interviewed me for a summer job that I thought was going to be in Arkansas. And that person was really a great ambassador for the US Fish and Wildlife Service, and he sold me on and tell me that, “Here you can do what you enjoy doing and getting paid to do it. Wouldn’t you love to do that? Just for the summer to see if it’s something you want to do.”

Well, after I had enough courage to leave Arkansas and go to La Crosse, Wisconsin in the environment at which I was comfortable in, I realized that I was sold on doing that. But I also realized then that you really need a strong structure and a lot of support in order to be able to do that, financial support. I didn’t have the funds that were necessary to get me transported from Arkansas to La Crosse. But that recruiter, and his name was Hannibal Bolton, and Hannibal is now a member of the Board of Trustees at Northland College. But Hannibal helped me financially to be able to afford a bus ride to La Crosse, Wisconsin. So what Northland College is doing I think is really important because they’re really, really looking deep and determining not just the tuition that’s necessary, but they realize that there are other expenses that college students need to help them survive.

Q. What drives you to go out and speak and share your love for the outdoors?

A. What drives me to continue to fight the battle to get more children and non-traditional advocates to support nature has a lot to do with a message I heard from my mother. And it was on her dying bed when I was still a teenager and I was really, really sad, and trying to figure out how I could live without her in this world because while she had taught me a lot of life lessons, I was still learning and my brain, of course, is still growing. It was her words, her last words on her dying bed when she and I talked about how I could live without her, and she inspired me to keep going and growing. It was then a poem that I had learned early on and later became a song, and it was all about going and growing and singing that your best days are yet to come. And so as I have mornings where I don’t want to get up and keep moving, as I have had days when I cried because I thought about the fact that I’d lost her, I live through her dreams of continuing to support and protect environmental resources.