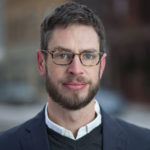 It has been more than 50 years since Richard Nixon conjured the category of the “silent majority” to separate his base of support from the urban rebellions and vocal liberation, countercultural and anti-Vietnam War movements of the 1960s. As a phrase that symbolizes a reserved, white, predominantly working-class conservatism, its power as a rhetorical political tool endures even after a half-century of social and cultural change. Donald Trump recently took a page from Nixon’s playbook, tweeting both “LAW AND ORDER” and “THE VAST SILENT MAJORITY IS ALIVE AND WELL!” hoping to energize his reelection campaign and mostly white base of support after the largest anti-racism uprising in the country’s history.

But the silent majority is not just an electoral idea. It is also an enduring cultural trope. In fact, July marks the 50th anniversary of the release of “Joe,” a film that sought to capture and capitalize on seething political discontent among white conservatives. With a title that connoted the generic, white working-class everyman, “Joe” was the first of a number of films in the 1970s that suggested that authorities had failed to bring order after the rebellious 1960s. It may have faded from our cultural memory, but the film’s representation of volatile white racism and resentment echoes in our contemporary politics. It also highlights how swiftly popular culture can seize on and profit from political narratives.