For Wolf Awareness Week, we asked three students about their experiences with wolves. 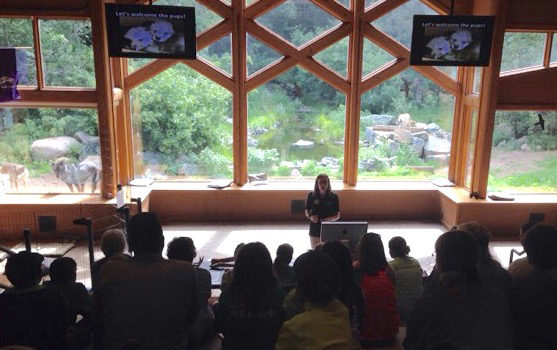 I would ideally love to work in a wildlife ecology program where I can have a combination of public education and field research; whether that be a career or a master’s program I am not sure yet.

What about wolves interests you?

Their ability to communicate. Although they are not able to use words like human beings, they are able to communicate through vocalizations, body language, and olfaction. Every body movement, from basic ear twitches to a flick of the tail, is a form of expression.

What have you learned that surprised you?

The proper terminology of their pack structure. I was always taught to use terms such as alpha, beta, and omega; but through working at International Wolf Center I have learned that these terms have become more out of date. Instead, they have been replaced with dominant male, dominant female, second ranking male, second ranking female, and so on. It was originally thought that the wolf pack structure was a constant power struggle with pack members testing for dominance on a regular basis; whereas now it has been discovered that pack structure is much more like human family structures with the dominant pair being the parents and the younger members being offspring from previous generations. It just goes to show how science is always changing and we are constantly learning new information.

I was privileged enough to work as an education intern at the International Wolf Center in Ely, Minnesota, during the summer of 2016. Working in the education department, myself as well as five other interns would run hourly programs about topics such as wolf research, wolf folklore, wolf behavior, and wolves of North America.

The International Wolf Center has a pack of wolves that are ambassadors to their wild counterparts and once every four years they integrate new wolves into the pack. The summer I worked was one of these years so I was a part of teaching the public about the process of socializing our pups to the human presence as well as integrating the pups slowly into the pack over a three-plus month long period. I also had the honor of helping to socialize the two pups, Axel and Grayson, throughout the summer.

I would assist in daily feedings, daily educational programs where the pups would be brought into the auditorium for the public to see, as well as getting them used to the human touch and presence for medical purposes and their own comfort around people. Throughout the internship I was able to learn so much about the species, get great experience in public education and public speaking, meet so many amazing people involved in wolf research, and get hands-on experience working with wild animals.

I also have had the opportunity to learn how to track wolves through telemetry and track sign through Professor Erik Olson’s many wolf related classes offered at Northland College. It was because of the experiences and knowledge I gained from his classes that allowed me to get such an amazing internship last summer. I am now working in his Wildlife Research Lab working on miscellaneous canine related projects which is expanding my experiences even further. 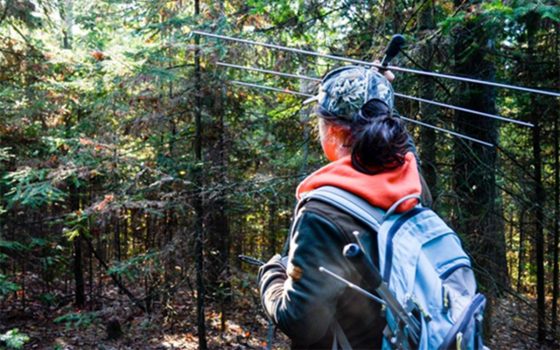 What about wolves interests you?

The efficiency of monitoring techniques, pack dynamics, and predator prey interactions are the things that interest me the most about wolves.

What has surprised you?

Learning about the areas where wolves are present in the state was really surprising. There are way more packs in the state than you would think.

My coolest interaction with wolves was with a weekend field trip for my Wolf Ecology Class just a couple weekends ago. We were doing a wolf follow and they were within one hundred meters of us at one point. We even heard them howl.

Natural resources with a forestry emphasis 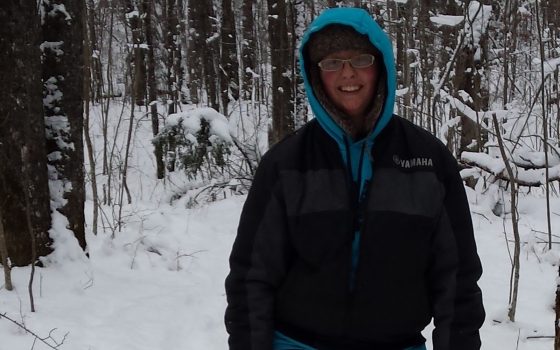 What about wolves interests you? The pack dynamic; it is fascinating how the wolves develop packs and maintain them.

What have you learned that surprised you?

Two years ago, when I was in Professor Olson’s Wolf Research and Monitoring class, we went out into the community with a survey about people’s opinions on wolves. It was surprising to see how many people had strong opinions on how much more or fewer wolves they want in the state when they were unsure of the current population.

On a trip in Wolf Research and Monitoring, we used telemetry to locate a wolf. After holding our position with this one wolf until nightfall, we had a great surprise of then hearing not only one wolf howl but a whole pack that included young pups. It was the best experience I have ever had.