In opposition to its neighbor Earth, Venus is hot, acidic, and under a lot of pressure. There’s no wind or water and the only discernible features are mountains, lava flows, volcano-like features like lava tubes and tectonic remnants, and meteor impacts.

It’s dystopia to some and a mystery to be uncovered by others. “In planetary evolution, Venus and Earth started out the same,” said senior Frank Wroblewski. “We want to understand why Earth is ‘nice’ and Venus is not.”

Wroblewski recently presented his findings on two Venusian mountains before the Venus Exploration Analysis Group, a NASA working group that helps prioritize and direct future research on Venus, and was asked to present again at the Lunar and Planetary Science conference in March.

Wroblewski graduates in May and is currently working on applications to planetary PhD programs at Brown, University of Chicago, and the University of Arizona.

He didn’t always have such a clear vision for his future. As a teenager on the south side of Chicago, Wroblewski pursued game development and graphic design. He loved creating worlds and the visuals of those worlds.

He had an interest in science but it wasn’t until he got to Northland College that he pursued it. 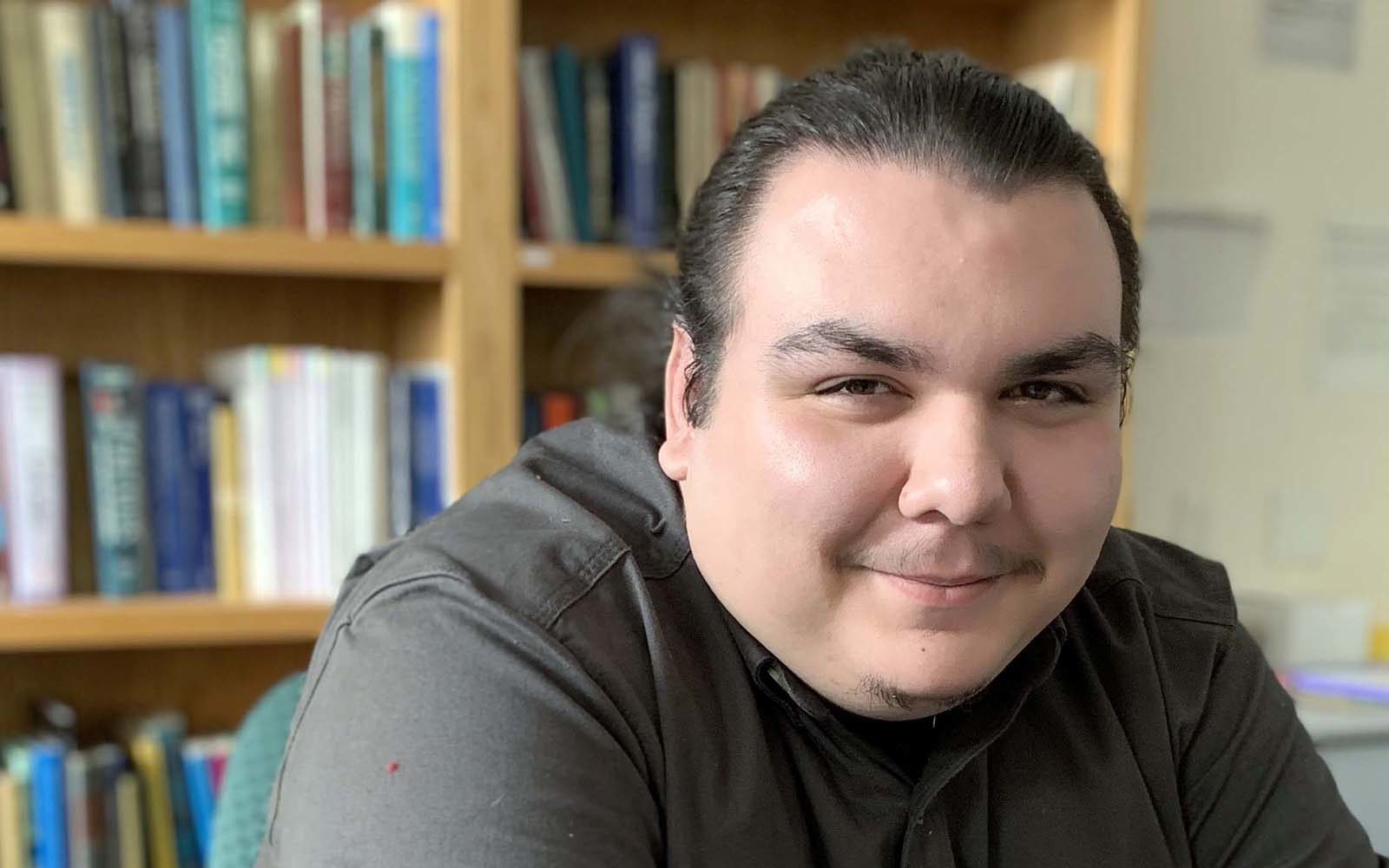 In his third semester, he took Glacial Geology with Professor Dave Ullman, who was impressed by Wroblewski’s academic vigor and desire to pursue research. For the class, Ullman asked students to write a National Science Foundation-style proposal on a topic of their choosing.

“It was a little outside the box—or off-planet—but Frank was able to show how unique landforms on Mars may actually be glacially-derived,” Ullman said.

Wroblewski says reading rocks is like entering a new library full of undiscovered reading materials. “It’s within these new worlds that an undiscovered suite of rocks and stories can begin to unveil the history of how planets function.”

He applied for internships—and got rejected.

Then he tried again a year later for the longest running planetary science internship in the world and most competitive—the NASA Astromaterials Research and Exploration Science Internship at the Lunar Planetary Institute.

Hundreds of students from around the world apply and only ten-to-twelve get accepted. Wroblewski was one of them, becoming the first Northland student ever to serve in this role.

Wroblewski was assigned the task of looking at the radar properties on Venus. One of the fundamental questions about Venus is whether its highlands areas are made of silica-rich rock, meaning it once held water. Wroblewski mapped one region, called the Ovda Fluctus lava flow, concluding the lava to be basalt, not silica-rich.

He also mapped Maxwell Montes, the highest and steepest mountain range on Venus, a region characterized by a “snowline” of radar properties.

This internship launched Wroblewski into the world of international science and planetary research and exploration. In addition, he is the lead author on three academic papers to be published this spring.

“It’s the constant stream of new stories and worlds that have me hooked on this field—some worlds are hot, some are cold; some have volcanism and some are full of ice and water, but none of them are flat,” he said. “To grasp these structures and their environment will lead to new revelations of planetary theory.”