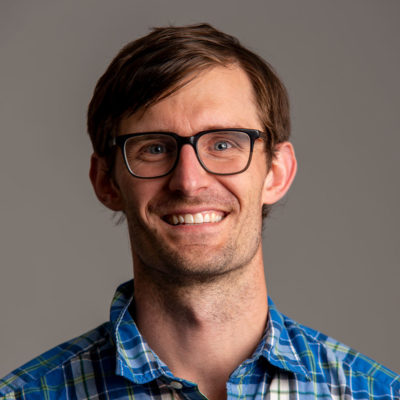 On those really hot days in August, I often like to ride my bike down to Maslowski Beach in Ashland to let my mind drift into geologic time. I’ll wade into the cool water and stare out across Chequamegon Bay, imagining a not-so-distant past, where a massive wall of ice would have at one point stood on the horizon, occupying much of Lake Superior. Of course, I am also aware that I would have been standing under about five-hundred feet of water, with red clay sediment settling all around me to create the geologic setting for the refreshing artesian-well water that I sip from my water bottle.

The field of geology provides a unique perspective on climate change. Rocks, sediments (i.e. really small rocks) and ice (i.e. melt-able “rocks”) tell stories about past climate conditions on earth. There have been cold times and warm times; periods of flourishing life and moments of extinction; buildup and destruction of massive mountain ranges; expansion and constriction of entire ocean basins. The magnitude of change throughout Earth’s past often boggles the mind.

Like other scientific disciplines, geology is firmly built upon measurements: distance, time, chemical concentrations, color, etc. The practice of measurement is the same process by which we build our homes, cook our meals and predict the timing of the next solar eclipse to the minute.

What do geologic measurements about the past tell us about modern climate change? 1. Current global temperatures are higher than anything seen during the last 125,000 years. 2. Modern concentrations of carbon dioxide in the atmosphere (410 ppm) are the highest they have been for at least three million years. 3. Carbon dioxide and other greenhouse gases are currently increasing at a faster rate than ever before in Earth’s history. 4. The recent increase of carbon dioxide in the atmosphere has a unique chemical signature indicative of the burning of fossil fuels.

The geologic record also tells us of times in the distant past where greenhouse gas concentrations and temperatures were much higher than today. During these periods of warmth, significant melting of ice on Greenland and Antarctica led to sea levels at least 20 vertical feet higher than present. Today, we are seeing the start of similar glacial melt and coastline change in response to modern warming.

While fluctuations in climate have been a natural occurrence throughout Earth’s history, human civilization was born during a period of relative climate stability; not too cold, not too hot. This climate stability led to the advent of modern agriculture and other advances in knowledge, culture, and science.

Current predictions for warming over the next 100 years suggest we may transition to a drastically different climate, one where the agricultural and wild ecosystems that we rely upon for sustenance could undergo dire changes. Human civilization may not be able to withstand such catastrophic climate change. The technological advancements of the industrial revolution and the burning of fossil fuels may actually lead to an altered climate state that is incompatible with the foundations of our civilization.

In order to avoid catastrophic climate change, we must reduce our output of greenhouse gases.

Unfortunately, there is no roadmap in the geologic record for how we might transition away from the burning of fossil fuels. We must figure this out by writing our own history. While we can each do our part as individuals, lasting and substantial change must come from our institutions. I have only lived in the Chequamegon Bay for a year, but I have noticed significant efforts of a regional community that is poised to address the issues of climate change.

At Northland College, we have moved to divest from fossil fuels, embraced local food preservation and composting through our new Food Systems Center, and are pursuing lasting initiatives to be carbon neutral by 2030. In addition, our educational mission strives to help students connect and learn about the natural world, leading to graduates who are community problem solvers and technological innovators, working to promote environmental sustainability and solutions to climate change.

The comprehensive plans of Ashland, Washburn and Bayfield all point to a focus on sustainability by developing a pathway to renewable energy and reduction in fossil fuel usage.

Bayfield Electric Cooperative and Xcel Energy have both begun the development of community-focused solar gardens to increase access to solar energy in the region and throughout the state.

The active Chequamegon Chapter of the Citizens’ Climate Lobby is hard at work promoting common sense and bipartisan legislation that will reduce the burning of fossil fuels.

Our local tribal leaders continue to offer their important voice, reminding us of the negative consequences of fossil fuel production on our water, land, and air.

So the next time I look out across Chequamegon Bay to ponder our region’s geologic past and climate future, I will be aware that this community is taking notice and moving forward with initiatives to address climate change. There is much to be proud of, yet much work to be done. I urge you to support existing efforts to promote sustainability and push our local institutions to do even more.

Dave Ullman is an assistant professor of geoscience at Northland College. His research focuses on climate change in the geologic record and the extent of past glaciations in the upper Midwest.