On September 1, 2021, Todd Rothe ’10 and Jamie Tucker ’16 pulled on leather gloves, hooked up a trailer to a truck, and began collecting garbage bins of food scraps, coffee grounds, and paper products to haul to a farm field to begin the composting process.

“We’re turning organic waste into soil, and we can use that finished compost to regenerate the land, keep our water clean, and grow better food,” Todd said. “Maybe we could keep all the organic waste of Chequamegon Bay out of the landfill—wouldn’t that be beautiful?” 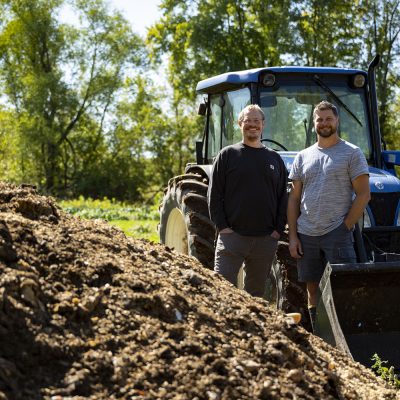 Todd and Jamie have been friends for all their adult lives. They discovered one another initially through their love of timber frame construction and Todd’s first business, Chisel Craft. Todd studied business at Northland; Jamie studied geology and water science. They both are serial entrepreneurs with a deep appreciation for land and community.

Twenty years of deer camp and potlucks later, they launched Big Lake Organics, a start-up business to collect organic waste, turn it into compost, and sell the final product to consumers. Big Lake Organics is their local solution to addressing the climate crisis while providing a model for rural development that could be replicated across the country.

“The composting process is one of the most magical and enriching acts humans have to offer the world—it goes beyond keeping food waste out of the landfill,” Todd said. “Compost is this living substance that feeds soil microorganisms, ramps up photosynthesis in plants, protects against erosion, and aids in sequestering carbon. It gives us the ability to take waste and use it to literally rebuild the health of our planet.”

Todd and Kelsey Myrvold-Rothe ’05 own and operate River Road Farm, a diversified organic farm south of campus in the Marengo River valley. He teaches sustainable agriculture courses at the College and has managed the Hulings Rice Food Center, including a composting center, for the last three years. Yes, he is busy. 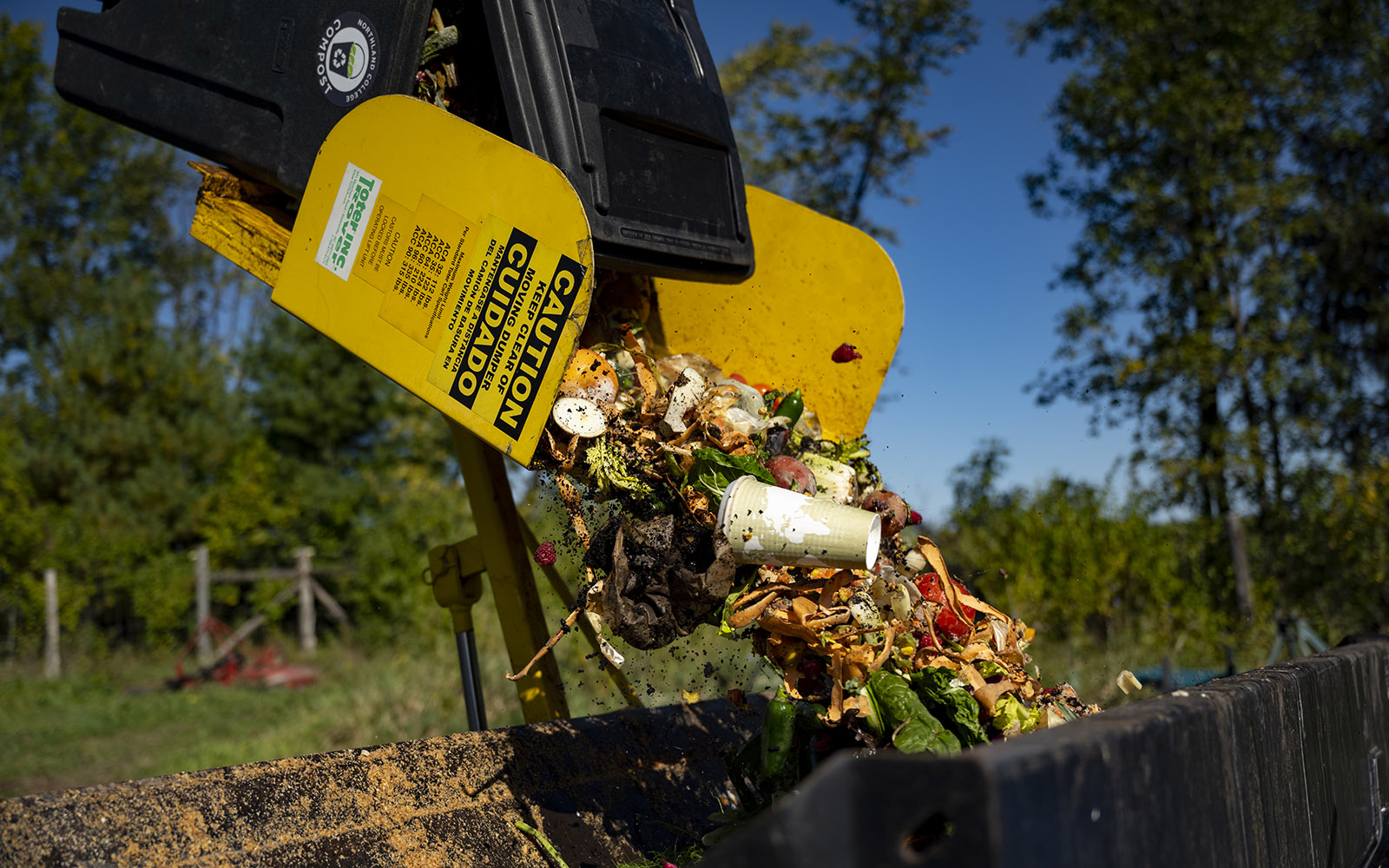 In his time running the campus composting center, Todd had seen an increased demand for organic waste collection and for finished soil. Food waste is a serious environmental issue. An estimated one-third of food grown in the United States ends up in a landfill—and there it generates methane, a super-charged greenhouse gas more potent than carbon dioxide.

In the last year at Northland, Todd had to start a waiting list for household food waste and limit the amount the College accepted from businesses to keep up with campus’ demands. During the pandemic, compostable to-go containers from campus maxed out the system. “We want to keep capturing as much food waste as possible, and the only way to do that is to grow beyond the small system that is at Northland College and spin-off with a company that can handle more waste,” Todd said.

When Todd first talked to Jamie, who is a fourth-generation shareholder of IDEAL Industries, Inc., a 105-year-old family-owned business, about the idea of a compost business, Jamie was interested for three reasons—it benefits the community and the environment, it’s an example of rural business development, and it builds on a program started by Northland students twenty-eight years ago.

Big Lake Organics is now the first Hulings Rice Food Center incubator business to fly the coop—and Northland signed on as their first client. The campus compost program will continue as it has for the last twenty-eight years, but with Big Lake Organics hauling it away for processing. “This is an opportunity to take the values that Northland has given us and make something of it, make a business out of it, to help our community,” Jamie said.

To find out more visit https://biglakeorganics.com/