Climate change, algal blooms and pollution from a variety of sources were highlighted as chief concerns among roughly 200 community members who shared their views on issues impacting water quality on the Great Lakes at a public meeting held by the International Joint Commission. 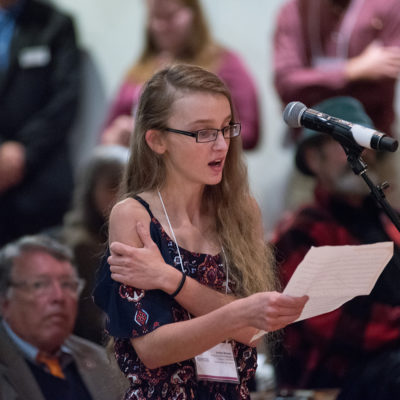 The event Wednesday hosted at Northland College in Ashland was among a handful of meetings held by the International Joint Commission (IJC) across the Great Lakes.

The meetings are part of an effort by the joint United States-Canadian agency to assess progress by the two nations to achieve goals set out in the Great Lakes Water Quality Agreement. The landmark agreement first signed in 1972 provides a framework for restoring and maintaining lakes. As part of the deal, the U.S. and Canada have committed to report on progress every three years.

“Our job is to go out and send a report back to the governments how the public believes they’re doing on that — on making progress,” said Rob Sisson, an IJC Commissioner for the U.S.

Some community members questioned the way the commission evaluates progress on the lakes, including Washburn resident Lorraine Norrgard. She alluded to a progress report earlier this year that said the condition of the lakes were “fair and unchanging.”

“To me, they’re all not good, and they’re all extremely changing fast,” she said. “I really wonder about the assessments.”

Commissioners said the rating system is a standard used by the two governments and would bring back concerns over the way in which progress is measured. 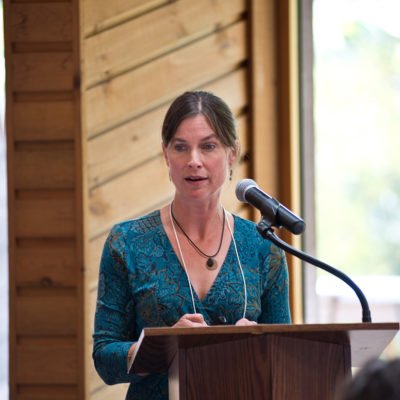 Several people voiced their concerns with algal blooms that have appeared on Lake Superior near the Apostle Islands in recent years. Earlier in the day, aquatic ecologist Brenda LaFrancois with the National Park Service told commissioners during a listening session that more frequent, intense storms likely play a role.

The blooms are just one symptom of climate change as a panel of United Nations scientists has warned temperatures are likely to warm nearly 3 degrees Fahrenheit by 2040.

“Climate change is hitting us like a freight train,” said Ashland resident Richard Ketring. “We can’t sit by and wait for action.”

Climate change has prompted more frequent, intense storms that have caused millions of dollars of damage to northern Wisconsin communities and their infrastructure.

Matt Hudson, associate director of the Burke Center for Freshwater Innovation at Northland, noted in a session with commissioners that National Weather Service data shows rainfall has increased by more than a third since the mid-20th century when much of that road infrastructure was built.

“It overflows during high rain events like we’ve seen in these past couple of years,” she said.

John Butler, Ashland’s public works director, told commissioners during a listening session that the city is capable of treating around 4 million gallons per day with an overflow basin that can hold around 8.5 million gallons. Still, he said flows at its treatment plant can exceed 20 million gallons during extreme weather events.

“The sanitary sewer overflows are an issue we need to correct, but they’re really from my view a symptom of a larger problem,” he said.

Roughly a quarter of the city’s wastewater system has pipes 100 years or older and about half are more than 60 years old. 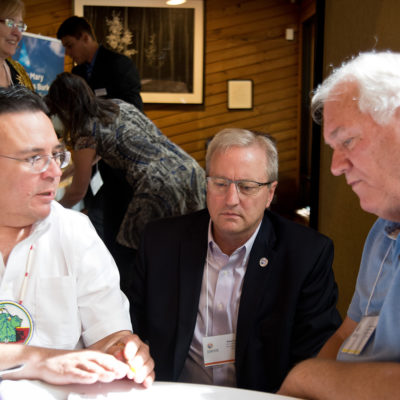 Members of the public also expressed concerns about invasive species, sediments and runoff flowing into the lake, creating communities resilient to flooding and the impacts that large developments could have on public health and the environment. The developments ranged from proposals for large farms and mines to pipelines running through environmentally sensitive areas of northern Wisconsin.

“We preach and we’ve been begging legislators and the powers that be to think about preservation and protection rather than restoration and reclamation,” Bad River Tribal Chairman Mike Wiggins said.

Mic Isham, executive administrator with the Great Lakes Indian Fish and Wildlife Commission, also emphasized the need to prevent further degradation and examine the cumulative effect of developments on the Great Lakes.

The IJC will accept public comment as part of efforts to assess progress on the lakes until Thursday, Oct. 31.