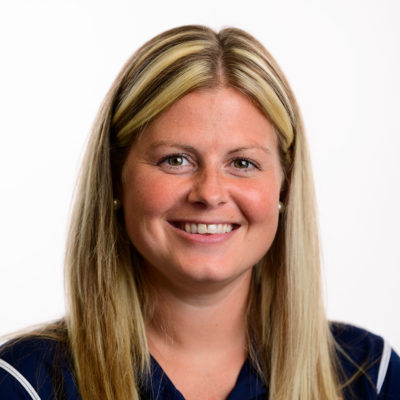 In July 2015, I was hired as the first ever women’s hockey coach at Northland College.

I spent an entire calendar year recruiting 20 student athletes from all over North America to come to Ashland and be part of one of the less than 100 NCAA (DI, DII, and DIII included) women’s college hockey programs in the country.

These past four seasons, we have had players from 16 states and provinces — from Alaska to Texas to Quebec, Canada. Today, our program is made up of 28 players, a student manager, assistant coach, volunteer assistant coach, and me.

And women’s hockey has introduced hockey to the girls of this region. Girls hockey is one of the fastest growing sports in the country, but it’s humbling to think our players are helping to create and maintain local growth.

We held a free clinic in October and we’ve seen young girls come back to the Bay Area Civic Center with signs for their favorite players on our team this season. This is especially important to me since Ashland High School girls that wish to play high school hockey must travel to Hayward in a co-op team.

All sports provide unique opportunities for people of all ages to form long-lasting relationships and learn valuable life lessons covertly and overtly, but I think hockey is just different.

With the extra time you spend together in the locker room and on the bus along with how far away people are from their families, the team truly serves as a family away from home.

Hockey is a small world, too. There simply just aren’t as many teams as some of your more mainstream sports like soccer or basketball. There never seems to be more than two degrees of separation from one hockey person to the next.

Even when Northland’s men’s coach Seamus Gregory was recruiting in western Canada, recruits mentioned they knew players on our team. Our assistant coach Kaylee Harnen played for a coach that I coached with at a previous school.

Women’s hockey boosts enrollment, it introduces people to Ashland that would never have known it existed, it empowers young girls and women, but more than that it provides a platform for a close-knit family that extends beyond the players in our locker room and that will last forever.

Northland College has had men’s hockey for over 20 years but it won’t be until this spring that the first class of women’s hockey players graduates.

Kelly Rider is the head women’s coach at Northland College. Women’s hockey will be playing at the Bay Area Civic Center Friday Nov. 15 at 7 p.m.; and Saturday, Nov. 16 at 7 p.m. To see the full schedule.