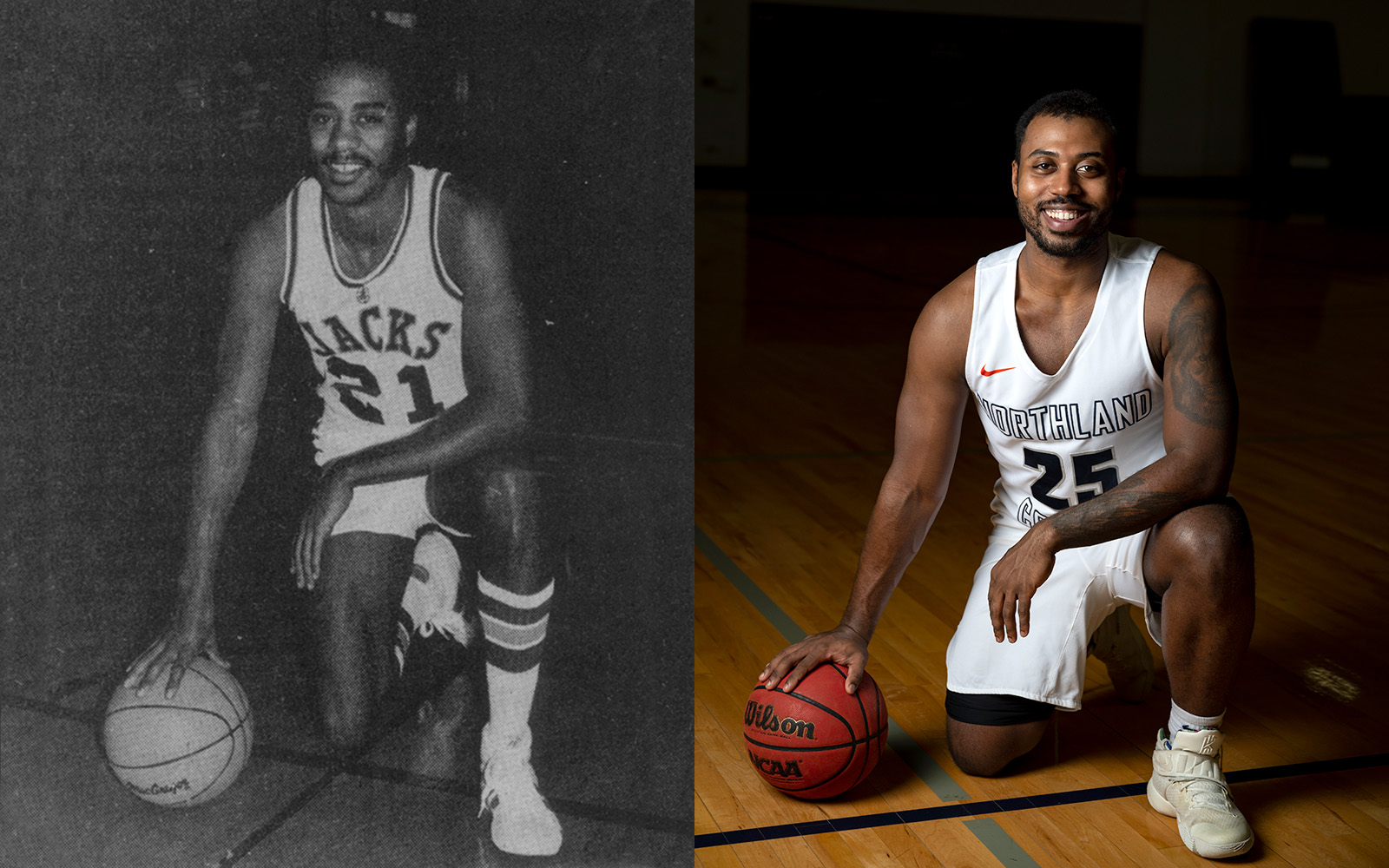 Ryan Rawlings grew up playing basketball outside his house at the end of a cul-de-sac in Bowie, Maryland. “Since I could walk, I had a basketball in my hand,” Ryan, a first-year transfer, is studying sociology and social justice and playing basketball.

Not a huge surprise considering his dad Bryan Rawlings ‘79 played basketball at Northland College in the 1970s. In fact, Bryan Rawlings’ photo hangs in Kendrigan Center, an inductee in the Hall of Fame. “Basketball has definitely made us close,” Ryan said. “He’s my number one mentor, idol, role model, everything you think a father-son connection can be.”

Ryan says he did not grow up hearing basketball stories—not his dad’s style—except for when his dad’s teammates came over for dinners and weekends. “Mike [Mayfield ’77] used to come to the house and would tell me and my brother about the court,” Ryan says.

Bryan, who now works at Exelon, is the one who encouraged Ryan to consider Northland. Coach Scott Sorenson had been trying to recruit me since high school and has embraced me like family,” Ryan said. “He said it wouldn’t be easy. If it were easy, everybody would be doing it.”

Ryan says he loves his classes—especially Native American studies—and he’s trying out veganism, mostly for the health benefits. As for basketball, there’s fourteen new players to the team so it took a season for he and his teammates to start clicking on the court. He’s finding his place at Northland, learning to dress for winter (layers), and working hard.

As far as his future, Ryan says he’d love to pursue basketball, maybe open a community center in his hometown. “I want to teach kids their dreams are achievable,” he said. “It won’t happen overnight, but it can happen.”