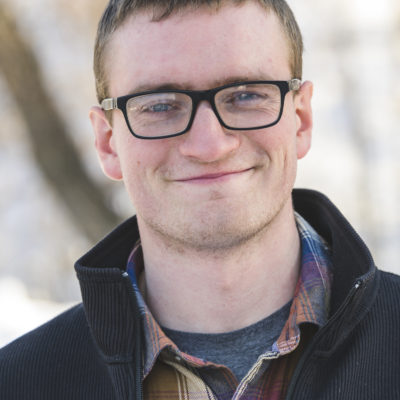 While wandering the lakeshore on a cloudy morning in Autumn of 2018, following a storm that had blown over the day before, I spotted an object washed up by the waves. Lying at the edge of a parking lot on a pile of leaves and bleached driftwood was a piece of birch bark which seemed, at first glance, more tightly curled than what was usual.

Picking up the aged and delaminating material and turning it over in my hands, I saw that there was a smaller piece of bark tucked between the folds. I took ahold of its exposed edge, and with a gentle pull, removed it from its capsule.

My immediate thought was that the state of this piece of bark was not natural. One edge appeared to have been cut by a blade of some type, and there was a hole through it, lined up perfectly with the remains of two other holes on the sides of the fragment.

Intrigued and full of questions, I tucked the piece back into its roll, and cradling it gently in my hand, carried it home.

Over the course of following months, I met with Northland faculty and members of the local community, to hear their thoughts on the origin and original purpose of this object.

A common suggestion was that it may have been a fur trade artifact of some type, and specifically, based on comparisons made with photographs and knowledge of surviving birch bark canoes, that the small piece may have originally formed part of the gunwale of a canoe. During this time, we also discovered that the larger roll of bark displayed a hidden line of holes similar in nature to those found on the gunwale fragment, suggesting that it may have shared a similar origin, possibly even from the same vessel.

But even with an idea of the origins of the two pieces, the question remained; why were they rolled up, one inside of the other? Surely it could not have been wave action that brought the two fragments together, and so tightly wrapped. It was just too unlikely.

They must already have been together when they were lost to the lake. But why would somebody have rolled these two pieces into one? For ease of transport?

Then an answer emerged. What if these fragments were just being saved as raw material? Maybe the roll, along with the piece inside, were originally part of a patch kit for a birch bark canoe. If this were true, the roll might at some point have been larger and accompanied by a length of split spruce root for lashing, as well as a lump of pitch glue, which may never have been lost by its owner, or still lay at the bottom of the bay.

In June of 2019, with the help of small donations, I sent off a sample of the roll to the laboratory of the Northern Institute of Applied Climate Science in the Upper Peninsula for carbon 14 dating. Four months later, an email appeared in my inbox. The results indicated a wide range of possible ages, but a low probability that the bark was of modern origin, not ruling out the fur trade hypothesis.

The investigation is ongoing, as we search for similar artifacts recorded at archaeological sites around Lake Superior and for ways to narrow our estimate of their age. In the meantime, every opportunity I get, I continue to walk the shoreline, always keeping an eye out for another piece of local history.

Axel Peterman ’18 studied outdoor education at Northland College, and is now in the midst of his independent graduate studies. He is an avid writer and interpreter and can frequently be found wandering the bay area in pursuit of things fascinating.