An exposé on the public health impact of factory farming across the United States told through the eyes of residents in five rural communities. When pushed to their limit, these disenfranchised citizens band together to demand justice from their legislators.

Sponsored by Farms Not Factories and the Hulings Rice Food Center, Right to Harm is first in a series of films exploring modern agriculture and citizen participation in our food system. 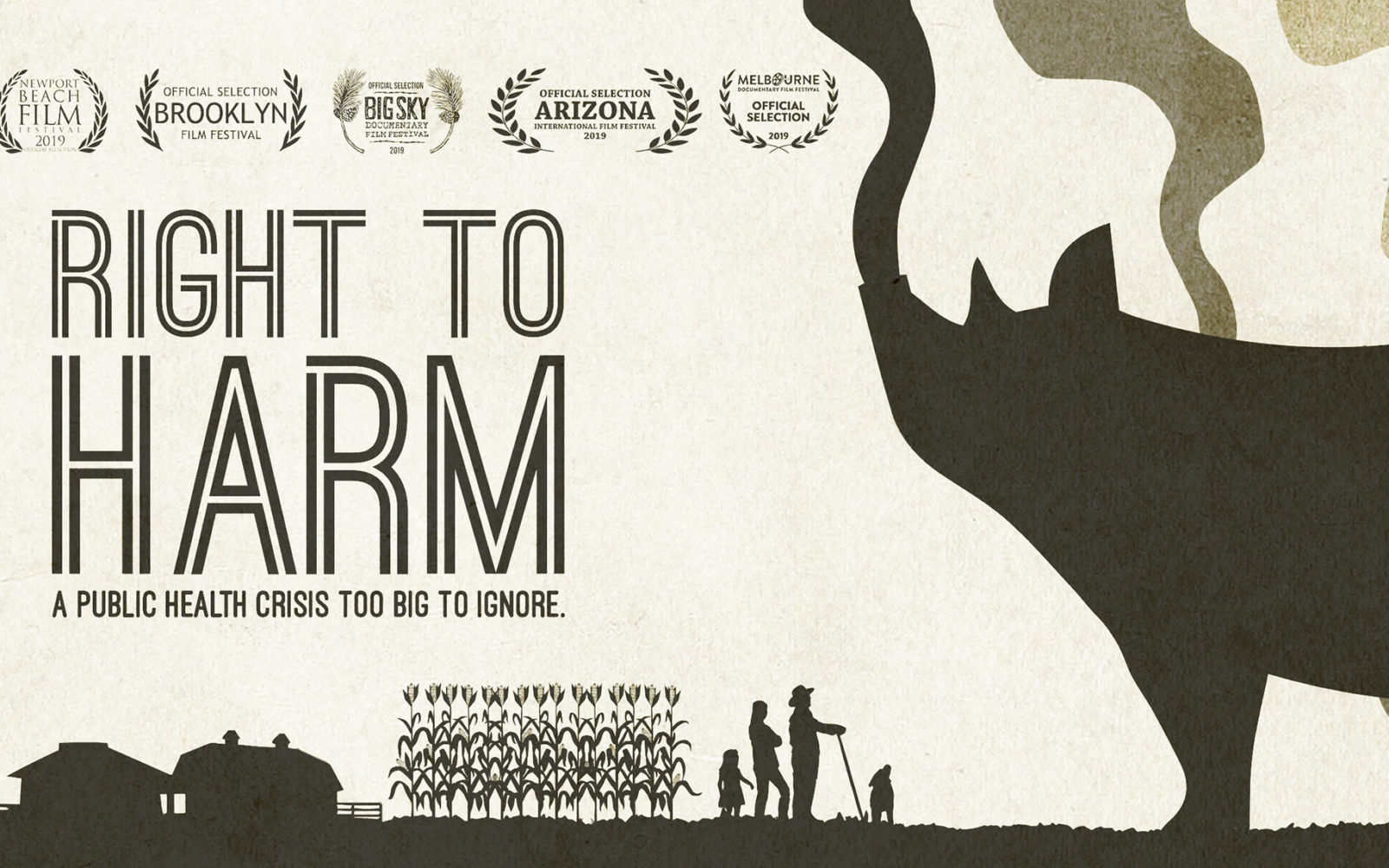 About the Film
Through the riveting stories of five rural communities, Right to Harm exposes the devastating public health impact factory farming has on many disadvantaged citizens throughout the United States. Filmed across the country, the documentary chronicles the failures of state agencies to regulate industrial animal agriculture. Known formally as Concentrated Animal Feeding Operations – or CAFOs – these facilities produce millions of gallons of untreated waste that destroys the quality of life for nearby neighbors.

The film features agricultural economist John Ikerd, who abandoned industry beliefs after a 14-year career as a livestock marketing specialist. After the farm crisis of the 1980s he realized, “The farmers who were in the biggest trouble, were the ones doing the things we so-called experts were telling them to do.”

Right to Harm tracks the tribulations and triumphs of rural residents across America who are victims of the past 50 years of agricultural consolidation and the consequential laws that now govern the land. Fed up with the lack of regulation, these disenfranchised citizens band together to demand justice from their legislators.

Filmmakers Matt Wechsler and Annie Speicher skillfully weave together five stories that span eight states from the Southwest to the Midwest to the Eastern Shore. Farmers, mothers, scientists, and politicians share intimate stories of how their lives were forever changed by factory farming. Right to Harm is an enlightening exploration that questions whether citizens are entitled to clean air and water while examining the political issues that stand in the way of nationwide reform.