Anishinaabeg in the northern great lakes revere asemaa (tobacco) as a spiritual relative of the utmost importance. Conversely, commercial tobacco, often perpetuated by facets of colonization, has created nationwide health crises. These health effects impact indigenous communities disproportionately. This talk will highlight the unique cultural and environmental history of tobacco and some current efforts linked to addressing decolonization of tobacco. 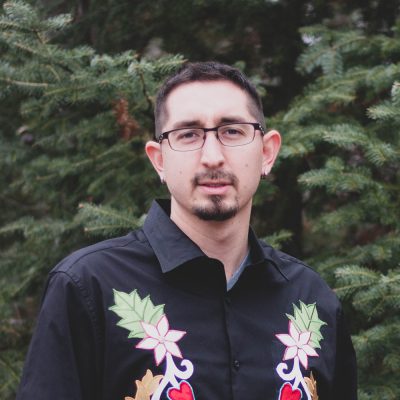 Dylan Bizhikiins Jennings is a member of the marten clan. He graduated from the University of Wisconsin-Madison with degrees in anthropology, archaeology, environmental studies, and American Indian studies. Jennings completed his master’s degree from the University of Wisconsin-Madison’s Nelson Institute. Jennings served two consecutive terms as an elected Tribal Council member for the Bad River Tribe. He can converse in four different languages, including Ojibwe, Spanish, Italian, and English. He served as the director of public information for the Great Lakes Indian Fish & Wildlife Commission, which required him to be fluent in tribal/environmental news and issues. He was also a writer, photographer, and editor for the Mazina’igan newspaper.

Currently, Dylan resides in Odanah, Wisconsin, with his family. He is a University of Wisconsin Madison HEAL doctoral fellow, teaches Ojibwe Language & Culture and American Environmental History at Northland College, and serves as an appointed member of the Wisconsin Governor’s Task Force on Climate Change.